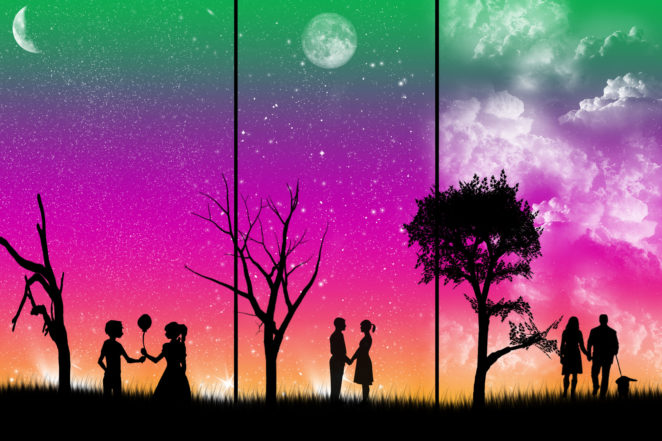 I made this a few years ago in Gimp (GNU Image Manipulation Program). I separated one image in thirds to create the different “stages”.  In each stage, or element of the art piece more and more is going on.  In the first stage, it’s just a young couple, a tree, and a moon.  The next adds some stars and a full moon instead of a half moon.  The final stage has a fuller tree, and clouds added to it.  I made it that way to tell a story of a couple who were in love since they were kids and still were as adults.

I hope you all like it, because I had a lot of fun making this one.