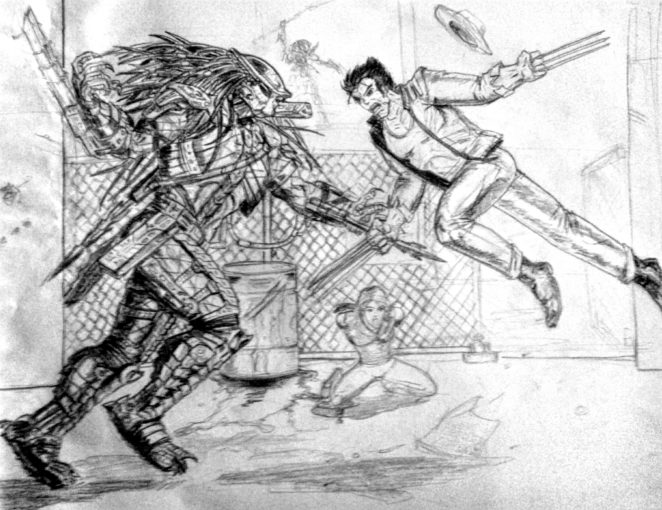 What if the alien Predators meets the Wolverine?

The Predators is an alien specie that visits our planet to hunt. They hunt not animals, but the strongest and bravest warriors on Earth.

What if the Predators somehow crossed into a dimension where the mutants exists? And of all mutants, they fixed their focus on Logan….  A. K. A. The Wolverine!

This is a fan art I sketched last year. A cross-over concept of  the Predators and Wolverine.  Where the Predators initially picked Wolverine as their prey… Funding out later (way too late) that the adamantium clawed mutant is not an easy prey.