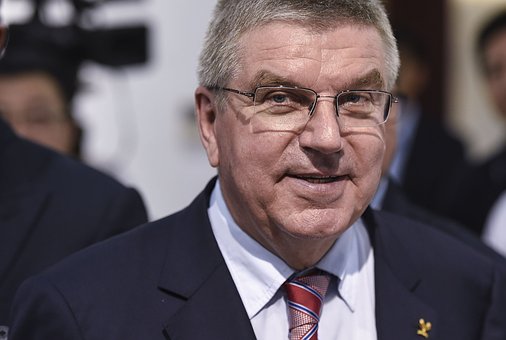 This strange, strange tale is set in a very strange country, England, at a time when everyone thinks everything is going very, very well whereas, in fact, it isn’t going very, very well at all. It is going very, very badly (if at all). Let me, the obsequious writer and sole-licker, tell my enlightened reader the reasons why – through the fall of my central character, a most typical merry Englander, a man of qualities, and, furthermore, of vices, one Leslie Propensity, who, upon the eve of my narrative, finds himself in a drinking tavern in the centre of gay London.

In the establishment in which he finds himself, he is (not to put the cat among the pigeons too soon) drinking among friends, acquaintances, and the one or two wily beguilers who always frequent such haunts. His tavern is appropriately called The Bee In Hand and Leslie is appropriately called Leslie, and from here on the narrative loses all sense of direction as is only fitting when an author and his creation get together, hit the hard stuff (for the sake of authentic fiction), and maintain a semblance of order to spite chaos. 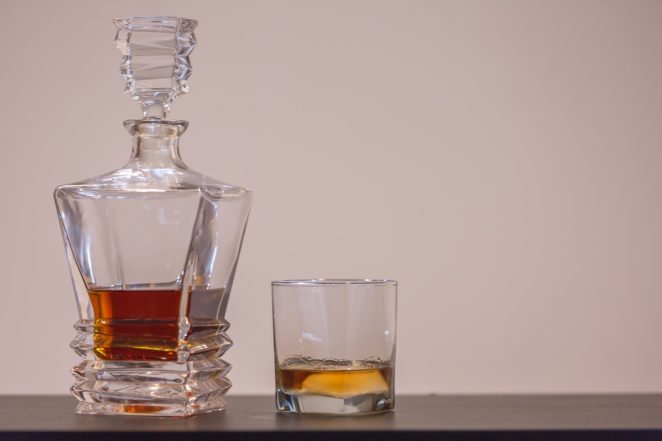 “Another!” shouts Leslie in a hoarse voice (because the encroachments of cancer of the larynx – read throat – are upon him although he doesn’t know so, having no sense of pitch and never attending, that is listening, to what he is saying from one day to the next). A serious case of “every idle word”. A luxuriously endowed barmaid serves him another and goes off to serve another another.

Leslie sticks his head out of the pub door but because it is raining, he decides to return to the bar. He does so, accompanied by no one but himself (which is enough company if you have seen the size of Leslie Propensity which, because you haven’t, I will describe, being kind-hearted and good at descriptions of individuals like Leslie Propensity into the bargain).

Leslie Propensity is of cheery, cherry complexion with a tummy the size of a dung-heap and a tongue that lolls out like nobody’s business. His eyes are close-set in his head and mutually attract each another. Therefore, looking him straight in the eyes is an impossibility and his eyes anyway rush in to meet each other as if heaven were at the centre of his forehead. (He probably believes it is.) His lips are as white as spittle (which is not surprising because they are always covered in it). His cheeks, despite his cherry complexion, are the colour of wilting roses. He is a supporter of everything in the mass media, he greets the news that everyone’s watching television for five hours a day with great glee, and not surprisingly, after the description I’ve given him, he is a renowned womanizer, frequenter of ladies of the night-corners, the Casanova of East Balham as he is affectionately known. 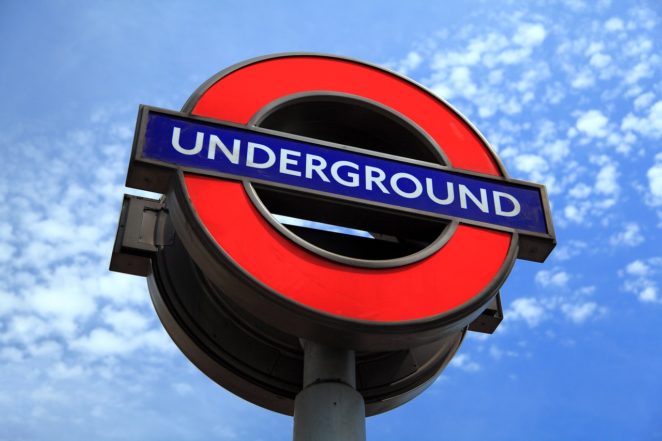 Leslie has returned to the bar. He wants to trounce the one-arm bandit and lurches there. He jerks it up and down with a practised hand and the machine momentarily leaves the floor so great is Leslie’s strength (though it, his strength, will shortly be demolished by “the bigger they are the harder they fall” stiff-armed fulcrum theory). He returns to the bar with his winnings and buys his round. He then picks up a dart and tosses it at a round, black-and-yellow affair on the wall after which he slurps his beer and dribbles into it.

Just then the door of this highly esteemed drinking establishment bursts open and in walk three very tough customers who, surprising as this may seem, are looking for trouble not beer and locate trouble in the pathetically harmless, though very strong, obese Leslie Propensity who gets done in for no reason whatsoever. Wrong place. Wrong time. At least that is how it seems. Whether the guy was up to shady stuff with London’s underworld is a thought that surfaces then resettles at the bottom, or arse, of the River Thames. The three criminals rush out of the pub and leg it down the wet street which Leslie (if you will remember) only minutes prior to the assault was looking at, avoiding going out on to, not wanting a wetting. He still avoids that wet street now – because choice has been irrevocably removed from his gamut of freedoms. 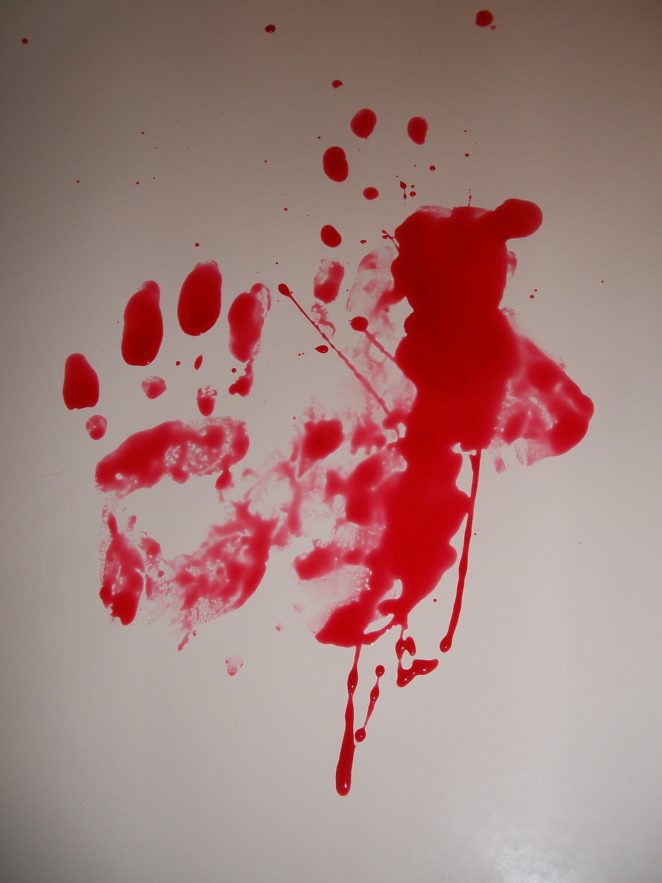 He lies burbling on the floor, ribboned in his own misery, blood flowing freely and less freely but making a sad, sticky puddle near his face and head. He got it in the groin, too, and is curled up as much as a big man like him can be. An ambulance arrives with practised wails, he is stretchered out, and the local casualty department of one of our highly efficient local hospitals gets him as client. They find he has suffered a broken jaw at the hands of progress as well as internal injuries and they begin to clean him up, after which he goes to the intensive care unit because a broken jaw is a serious, dangerous injury. After a few days he is out and in a normal ward where he stays for some days. The doctors don’t like the sound of his voice so they do the tests and establish he has a primary cancer in his larynx and a secondary, so to speak, in his throat.

I could finish the story now because Propensity’s life is not worth talking about. He isn’t visited at all often although he is sort-of middle class which seems to contradict de Beauvoir’s view that the middle classes are always having visitors and very easy deaths as well. Of course, everyone knows, except perhaps Simone de Beauvoir, that some middle-class people do die in isolation just as some working-class people do, too, but when you’re dead none of this really matters.

Does it come as a surprise that Leslie is middle-class? If so, you never saw his white collar, and the reason you didn’t see it is because I didn’t describe it, but I’ve done so now to make amends and to substantiate the authenticity of this tale.

He dies in isolation and mess and worse, attended to by impersonal staff (class unknown) doing their job efficiently and following all the NHS rules (two hundred and twenty on that day but will rise to three hundred the following). No doctor is there, no male chauvinist pig and anti-abortionist – refer to de Beauvoir where they are always surfacing. 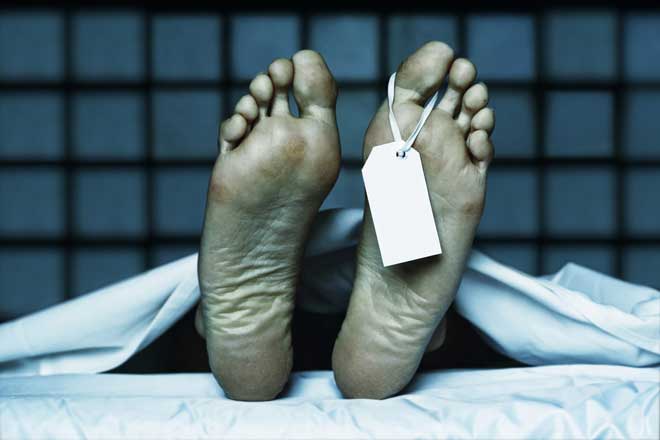 With a tag around his toe, Leslie is transported to Elysium, the crematorium, and his ashes are scattered over the rose garden. To have reached the age of thirty-three and be dead is pretty good going, to say the least. (And now I’d better get to church and learn some humanity or can you suggest a better place to learn some in?)

(A short story from a collection to be published soon. The collection is called “Love And Other Afflictions”.)