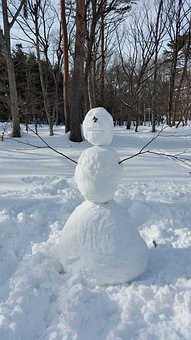 Suddenly, at two o’clock in the morning, there was a tumultuous upheaval of clouds, the chains sundered, and a rush of peppery snowflakes drove down. Then there was a tiny lull, everywhere was grey and the wind whistled and whirled in eddies and miniscule whirlpools; the sky was swirling movement and then out of the dark, there came floating like legions of little, white, feathery birds, enormous snowflakes, jostling, floating and flurrying out of the dark sky. Down, down, down to the bare earth they came, and they covered the grey concrete and the metal city.

Snowiness floated and flurried across the earth and wherever the snow settled, it stayed, so that by the morning the world had changed and was full of nestling, little, white snowflakes.

The neighbourhood where Theodore lived was a white picture. It could hardly have been whiter if a thousand painters had painted it with glossy, white brushes. Ah! it was far, far fairer! And so peaceful! And so white!

There was a hushed, silver-quiet silence everywhere; there was softness, whiteness and lovely, glimmering branches of trees. The snow had left its white tails in the grey-combed sky. Everywhere was deep white, soft white, utter, white silence.

And it was Saturday!

By nine o’clock all the children in the neighbourhood were busy in the streets, building snowmen, throwing snowballs and flouncing their hands and little bodies in the snow.

Theodore couldn’t bear it. He rushed away and went round to the back of his house.

The grey fields were gone – there was only whiteness. The bushes were no longer there. Instead, they had become white antlers, bearing their silver burdens of snow like mighty lords. The wind tumbled and blew their crowns into powdery patterns, whitening the blue air. The bushes stood like kings, like kings of the woods and open spaces. Ah, and the gaunt trees had reared up their majestic heads to be crowned by traceries of winningly white snow; their limbs were white fretworks, grave and portentous.

Extract from “The Little Boy And The Snowman”, a story in “Love And Other Afflcitions”, a collection of literary short stories to be published shortly on Kindle and Createspace (for the paperback)