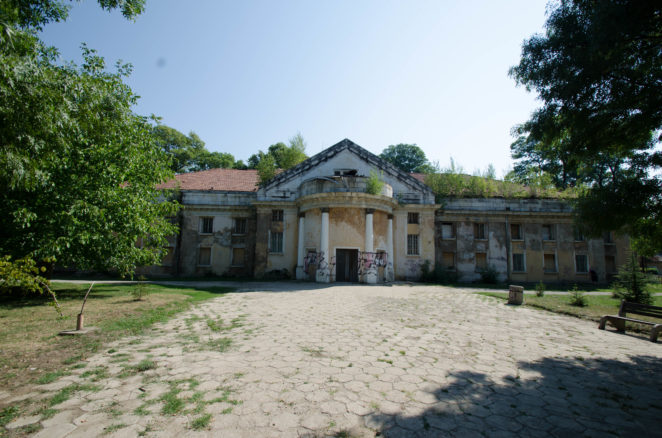 What does the story of the mineral water spilled in the present Ovcha Kupel district? It was sometime around noon on September 18, 1858. He heard a terrible rumble, and the ground in the Field of Sofia shook, bouncing. The ridge of the nearby Vitosha mountain broke open. There was a slit open and a thick black smoke rising from it, glimmering blue flames.

In the field, in today’s Ovcha Kupel district, a huge warm geyser sprang up. Filaretov writes that the water was so great that he could run three millions of stones! People called the new spring Water Gogo, Gilo. In a few years the water fell, leaving only a spring.

The local shepherds began to bathe in it, melting worn bodies and feet.

Around the spring sprawled barracks of cafes, inns, and inns. The land around was quickly buys and becoming more and more expensive. The municipality cleared the area, the water from the spring was captured.

First they built two swimming pools – male and female, and during the government of Alexander Stamboliyski it was decided to build a modern balneotherapy center. It was only in 1933, however, that the balneal complex, situated around the spring near the river, was built. They built fountains from which flowed mineral water and the park with valuable trees and shrubs formed.

There were gardens with colorful alleys. For many years, the slimy crowd of the people who came for a walk was heard here. And so it was until the late 1980s, when the great desolation came.

The bathroom in Ovcha Kupel is not just a beautiful building. It has a history that goes beyond the metropolitan quarter, beyond Sofia, beyond even Bulgaria. It was the place where people came from abroad, because the water that splashed there (and which is still gushing!) Is uniquely curative.