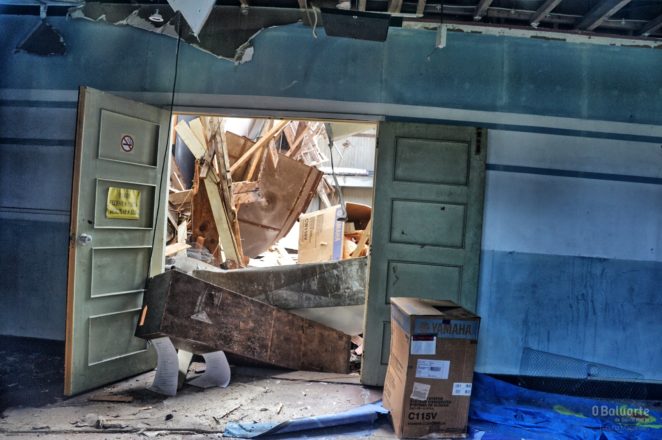 Due to the strategic position of Santa Maria in the Atlantic Ocean, the US military chose to build a large airport on the island in 1945. This would come to function like American air base in times of World War II. Initially the construction of this infrastructure was based on military objectives, however, in the late 1940s it became a Portuguese civilian airport and became a major airport on the transatlantic trade routes of the 1950s and 1960s.

Around the airport, several support structures were built, among them CINEMA (1946) – therefore – at the age of 70. Because it was a wooden structure, it was, for about 9 years, closed to the public because it did not present safety conditions for people.

In 2013, by proposal of PCP Aníbal C. Pires, a Regional Plan was approved in the Plan and budget that aimed at a study for the recovery of Atlântida Cine.

In 2015, under the statutory visit of the Regional Government to Santa Maria was presented the previous study of the Airport Cinema project.

In August 2016 the Government of the Azores awarded the rehabilitation of the Airport Cinema for the amount of four million euros, with a term of execution of 540 days.