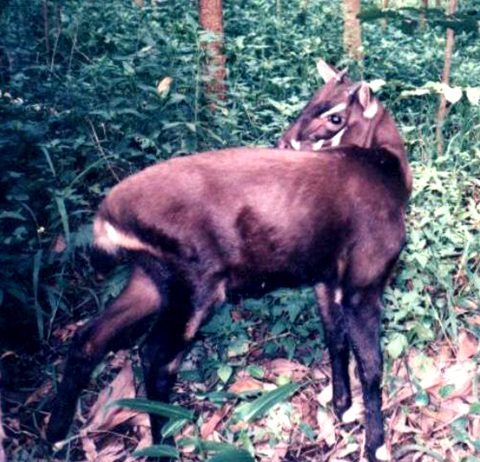 The saola was discovered in May 1992. The people of Vietnam may have known of them and still they weren’t listed and recognized until 1992. They have the distinction of the first large mammal new to science in more than 50 years. These critically endangered animals were found only in the Annamite Mountains of Vietnam and Laos.

There seems to be some controversy about the animal being critically endangered or extinct. They are listed differently on different sites. They all seem to agree that the most recent ones confirmed were all in captivity.

I thought perhaps someone here might know a little bit more than I can find.