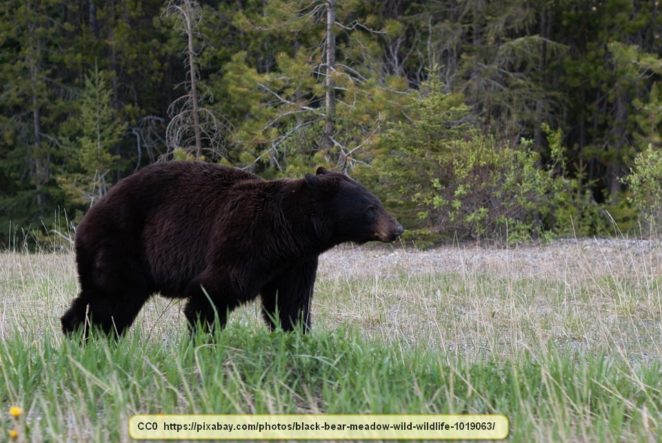 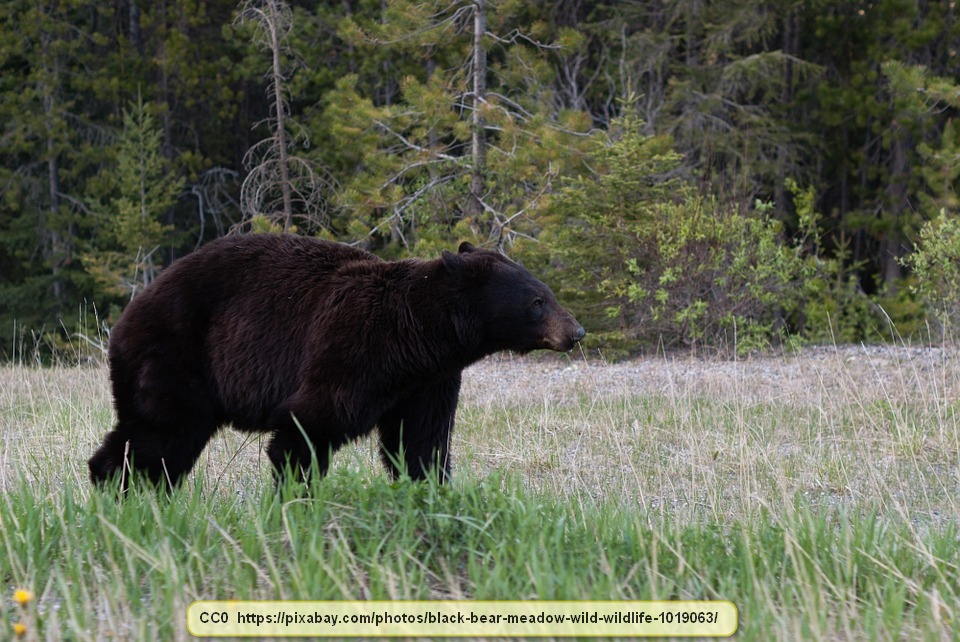 After a very cold and snowy February and early March, the last few days have been warm, sunny, and pleasant. The temperatures have been consistently in the high 40s (F) or above for the last three days, with the lows getting just barely below freezing. Today even reached 60 F. The spring rains haven’t started yet, but the warmth has ushered in a decidedly spring-like feeling. The snow is melting, too, but not all is without concern. Springtime is also bear time. It is appropriate that the first day of spring was the 20th of this month.

Here in northwest Montana, we have both grizzly bears and black bears, with the black bears far more common. The two kinds of bears are very similar in some regards, though very different in others. For instance, neither actually hibernate, they just go into a deep sleep during the cold part of the year. If the weather warms up for a few days in the winter, these bears will awaken and leave their dens to forage. Otherwise, the bears remain asleep, surviving off of the fat they added during the previous spring, summer, and fall.

The past month and a third have been very cold and snowy, so the bears wouldn’t have had the opportunity to forage. Bears have been known to lose over 100 pounds when they can’t forage and have to live off their fat.

With the return of warmer temperatures and melting snow, it won’t be long before the bears rouse from their slumber. Having lost a lot of weight, they will have one thing foremost on their minds when they awake: Food! Put mildly, they will awaken ravenously hungry.

Although black bears tend to avoid man, this time of year, all bets are off. Hunger overwhelms caution. Grizzlies, which aren’t especially fearful or cautious around people, will be just as hungry. Most people who’ve been around here for long know that in the spring, special precautions need to be taken and people need to step up their awareness a notch.

Bears are omnivorous and will eat practically anything. They’ll eat cat and dog food that has been left out for pets, and aren’t averse to eating cats and dogs if they get a chance. They will even raid bird feeders for the seeds. Undoubtedly, this is the most dangerous time of year in bear country. Once they’ve had the chance to eat a few meals, they settle down and become normal bears. By then, plants will be starting to put out fresh leaves and grasses will stir to life again, giving the bears plenty to eat.

I’ve not seen any bears yet this year and am not aware of any being reported in town, yet, but that is hardly surprising. It has only been warm for a few days, after all.

I welcome the spring, despite the rain that will come. The bears welcome spring, too. It is simply hoped that our paths won’t cross this early in the year. I don’t fear bears, but I do have a strong respect for them and knowledge of what they are capable of when they are hungry or angry.