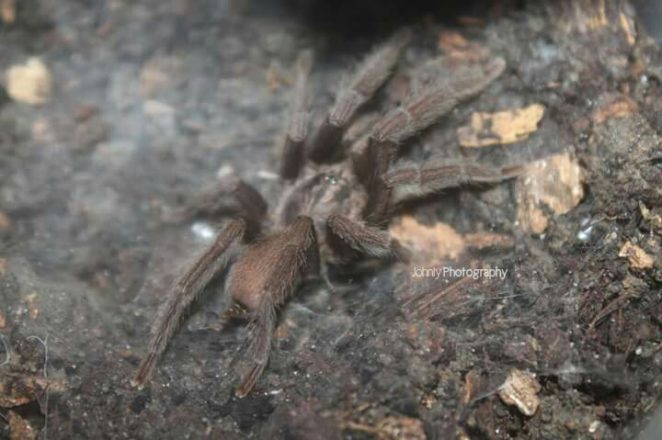 The Orphnaecus sp is a native species of ground dwelling tarantula in the Philippines. It is commonly found all over Luzon, Visayas and Mindanao, the appearance Orphnaecus sp vary base on its locality. These tarantulas usually create a burrow on the ground, under a rock or under a pile of leaves which they will dig a hole and spin a web as a trip wire outside their burrow.

Most people kill these spiders on sight because of its scary appearance and especially their sharp pair of fangs equipped with venom which can deliver a painful bite, they can also be a threat to other animals like dogs, cats, or barn animals that could not stand against the venom of these spiders.