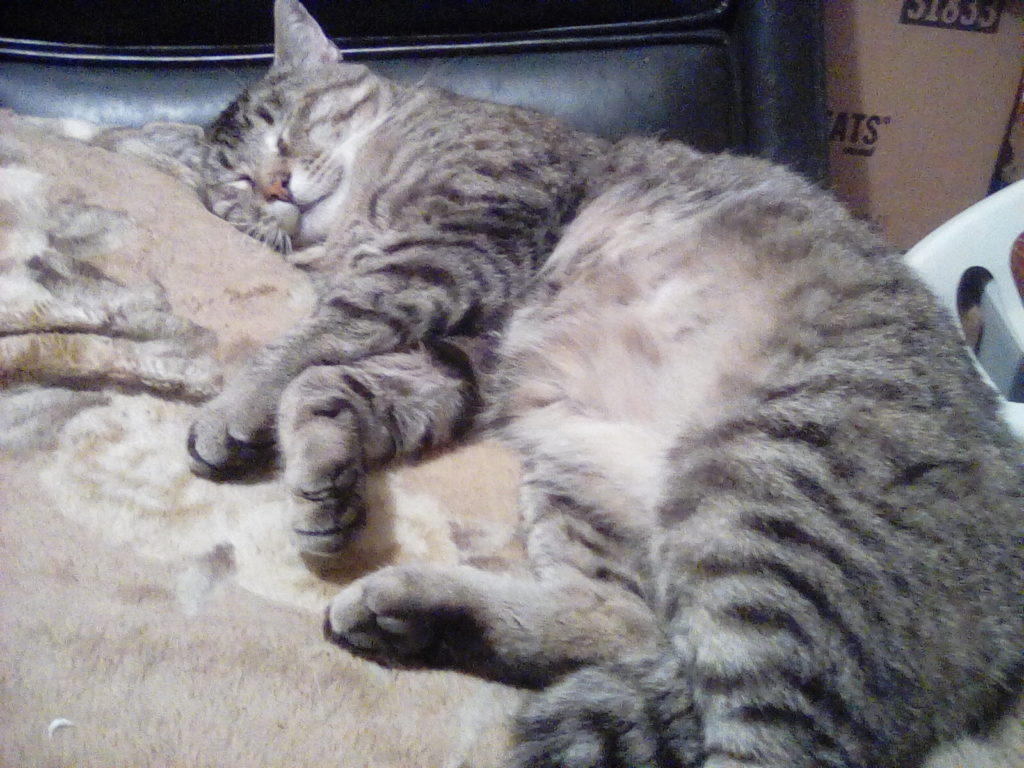 It has been quite a while since I introduced a member of our family. This is an adoptive member of our clan; Baby. He is adoptive because he adopted us.

To wind back the clock a little, we moved into our current home in 2012. At that time, an elderly lady who lived across the street had cats that were strictly indoor cats. In early 2013, the lady passed away. Being cat and dog lovers, we were concerned about the cats but were told that they had been taken care of.

The winter of 2013-2014 was especially snowy and bitter. I noticed cat tracks that led beside our place to the only access point under the house but figured that it was simply stray cats. I wasn’t prone to do anything about it because with 3 feet of snow on the ground and temperatures that were 30 below zero, I didn’t want the strays to go without any shelter at all.

In early 2014, we saw our stray; a big gray tiger-striped cat. I recognized it as one of the cats we’d seen in the window of the house across the street. A formerly strictly house-cat had been turned out to fend for itself. That normally results in the death of the cat and if the other three cats the lady at her home had suffered the same fate, that is likely what happened to them. 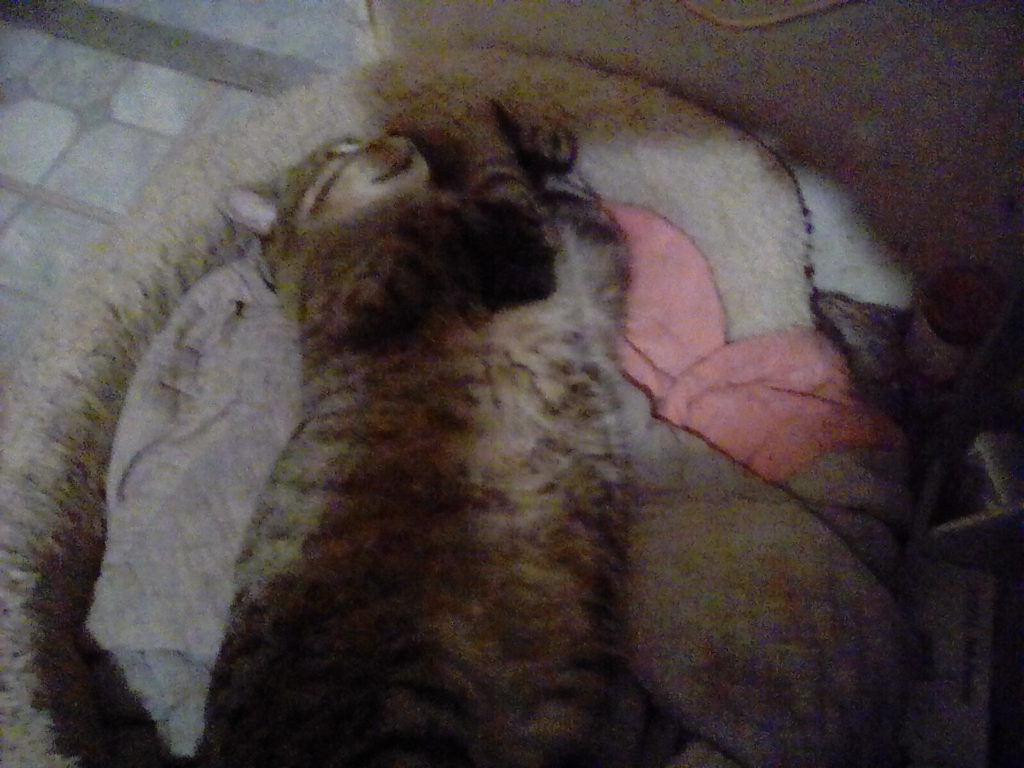 After nearly a year, I knew that the cat had gone feral. It is a wonder that it survived that long. However, we started leaving food on the back porch for it. The food was obviously being eaten, too. Yet, every time we saw the cat, it would bolt. (Smart cat!)

In late summer of 2014, we heard a cat wailing. We were in the back yard and started calling “kitty, kitty”. Amazingly, Baby came out from under the house and came up to us for attention. We got him some food, but after a few pets, he was more interested in the attention than the food.

I have no idea what his original name was, but we named him Baby because he was definitely not a baby. (Sort of like calling a very tall or large person “tiny”, as an oxymoron.) He comes to his new name when he’s called and has since that time. He also comes in the house and gets fed with the rest or our cats, morning and night. He prefers to spend most of the time outside and we don’t force the issue, except when the outside conditions are tremendously harsh.

He’s a very loving cat and he is quite large and healthy. He probably weighs around 20 pounds. Baby has survived conditions that would have killed most cats, so even though we didn’t want any more cats, Baby has become an adopted member of the family. He still loves petting, and he’s quite a talker, but he is happy and healthy and he’s made himself an outdoor cat. He now knows he has a family that cares for him. 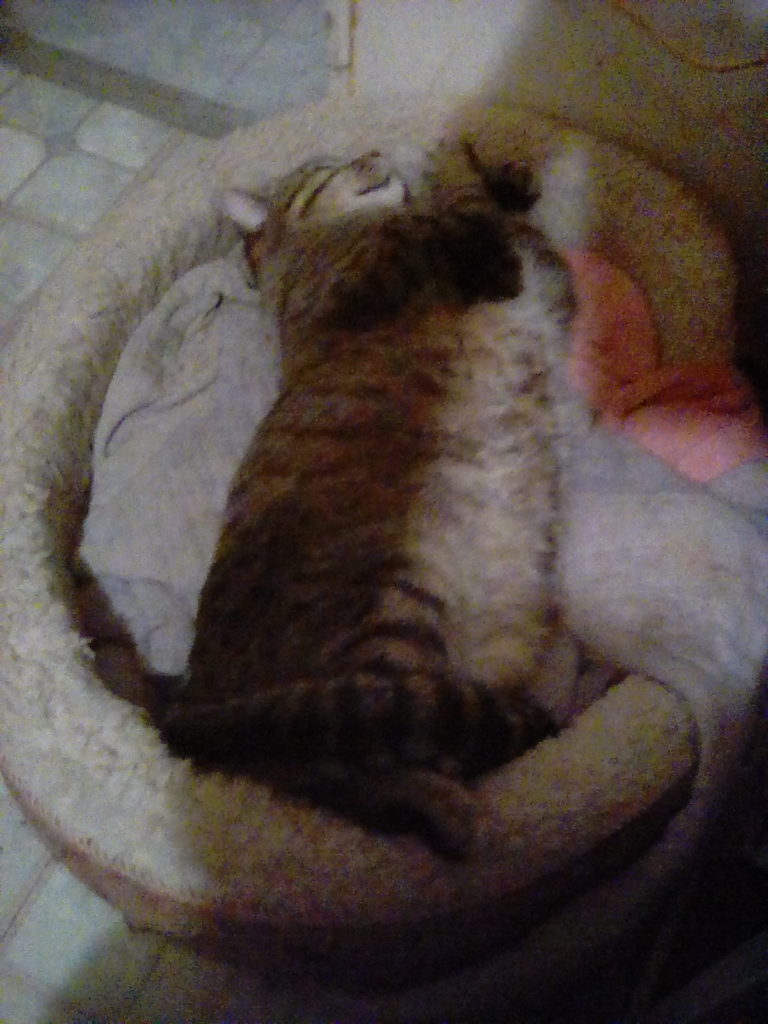