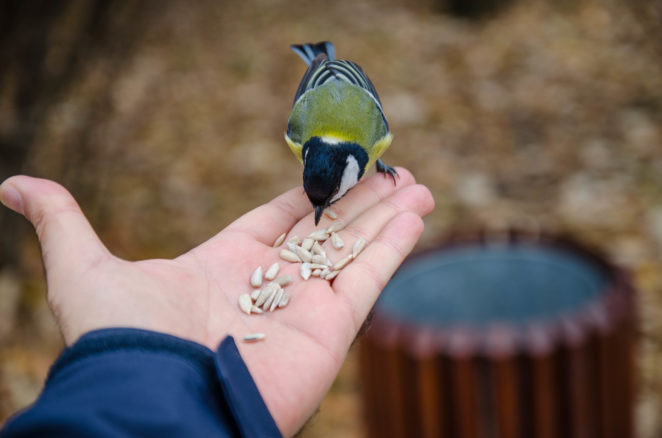 Great Tit/Parus major/ is one of the largest species of shrews and, at the same time, the most widespread. There is no pronounced sexual dimorphism, it is mainly fed with insects and small invertebrates, but winter time and food shortage is omnivorous. Breeds in holes and hollows on trees. In Bulgaria is a protected by the law kind. However, it is the most common bird in Bulgaria after sparrow and domestic pigeon.

The male and female shrews differ in the black strip, dividing their belly, which is narrower for females and wider in males. The young Tigers have barely noticeable ones.

Great Tit is brave and curious. If you sit for example in a gazebo in the park, it may even land on you. In the morning he wakes up before the other birds and goes all day searching for food. Silencers often move in small groups. The sounds they release are fun and varied. The big tit is one of the most resistant to winter cold birds. Only in days when snow is snowing seems to disappear. If you hear his song that day, it’s a sure sign that the snow has stopped.