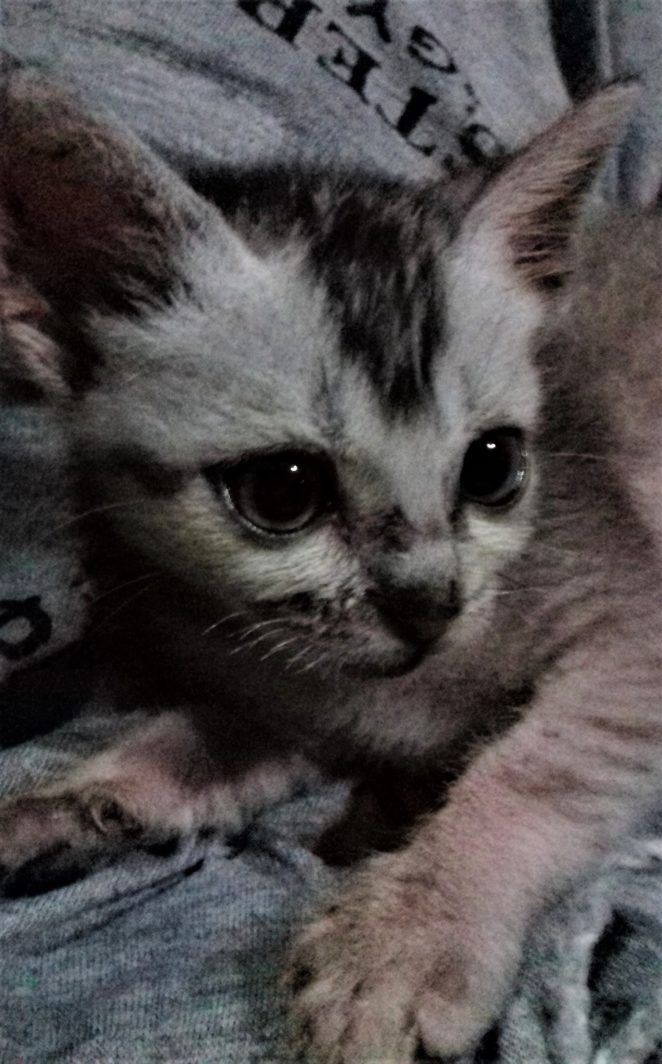 On September 25, 2018, Blue first came to my house. As you know, he was found and saved by my daughter from the middle of the road. Blue was the second kitten after his biological sister had been rescued from the same place two days earlier.

Considering that when they were taken to our home, their eyes were not open yet, and according to friends’ explanation that the kitten’s eyes were open after about ten days, then I guess they were born around September 15. Abandoned by the mother seemed to be a kind of endurance test for them, and unfortunately, her sister could not survive.

After we had to take it to the vet about three times a week, now, at around the age of two months, Blue seems very healthy. He always asks for food almost every hour until his stomach turns up. Previously, he seemed to be seized with mushrooms, often rising in temperature and sneezing, diarrhea, often growing lumps on his body, etc. which is the impact of a weak immune system due to not getting mother’s milk. What is rather disturbing is that the hair around the nose and lips disappears. The tip of his nose appears black.

Blue is now also very agile. Gemar disturbs Susie, she is very brave enough to jump from a high place that she doesn’t seem to be able to do considering her legs that aren’t strong enough. Hopefully, he will continue to survive into adulthood, even though the vet suggested that we do not expect too much. He became a family member as well as fun entertainment for all family members.