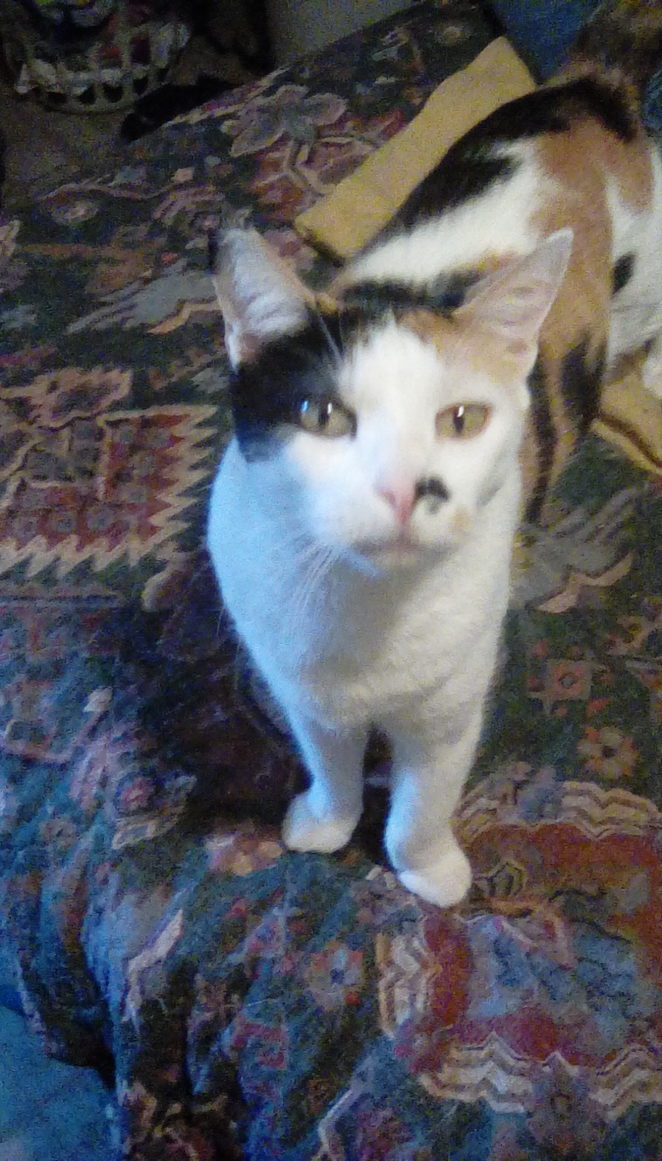 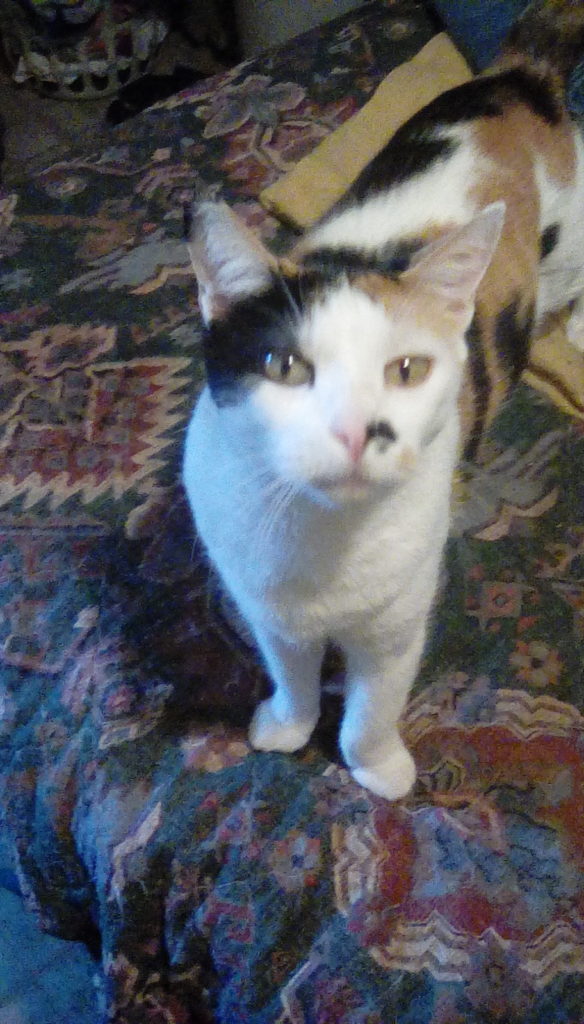 Within a three week span, we had to have two different cats put down. The first one was Callie, the kitty that is honored here.

Callie is short for “calico” and she looked rather like a patchwork quilt. She was born when we lived in Coos Bay, Oregon, on the coast. She and her siblings were born in a box in a hallway closet in 2008. By the time she was about three or four weeks old, she’d figured out how to get out of the box and she was the first of the litter that did.

Only about two days later, Callie figured out how to climb onto the bed and from that night, for the rest of her life, she slept on the covers between my knees. If I laid on my side, she would curl up in the crook of my knees. We never did figure out why she liked that spot, but every time I’d go to bed and before the lights were even turned out, Callie would be curled up in ‘her’ spot. 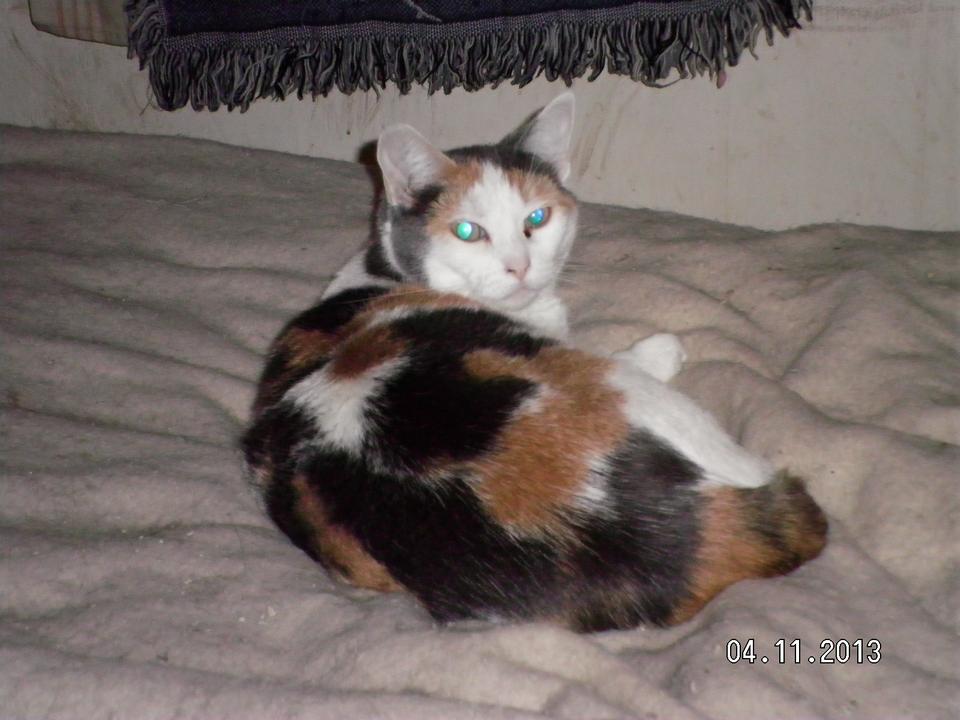 Callie actually got along better with the dogs than she did with the other cats. She loved rubbing up against the little dog we had and apparently felt that the dog was her pet. She was also quieter than the other cats.

When Callie got ill, it happened in a hurry, by appearances. We found out from the vet, though, that she had actually been sick for a long time and she’d aged far more than her actual years. She had a major blockage in her intestines and could neither eat or drink. The vet said that the blockage was most likely cancer and that surgery probably wouldn’t help, assuming that she lived through it. At best, the vet thought that she’d probably only live for another week, even if she was fed by an eyedropper, and most of that time, she would be in pain. 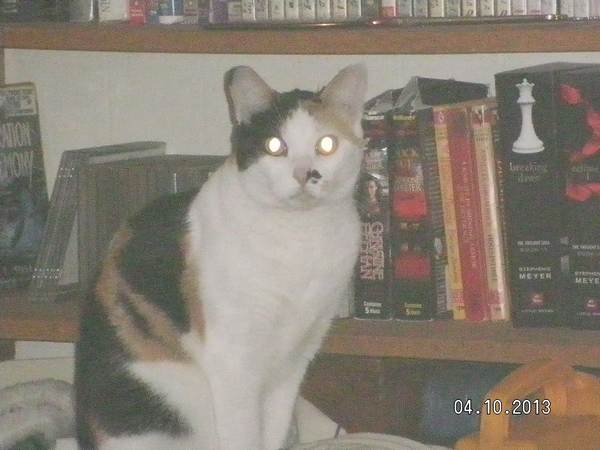 Her quality of life was at an end, so she was put down. I will miss Callie. I never considered her to be my cat, yet she clearly loved and trusted me. I’ll admit that it isn’t the same without her curling up between my knees when I lay down. Though I was always kind to her and gave her love, as is so often the case, I didn’t realize just how much I loved her until it was too late to do anything about it. She seemed to know it, though.