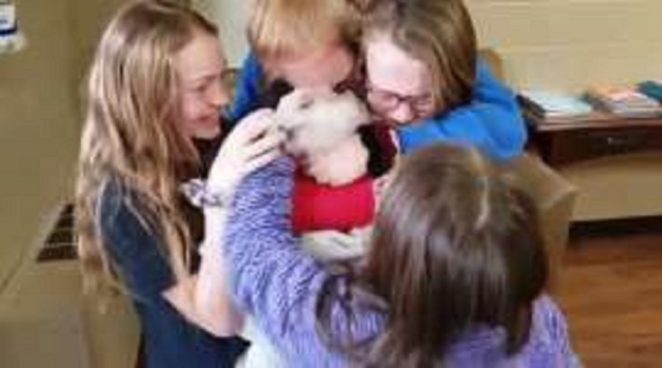 Get ready for another great story of a female puppy who disappeared from her owner’s home in Gaffney South Carolina in July 2018.

The name of the family who lost their pet dog in Gaffney South Carolina was not mentioned. What they did to make sure that Maria would return to their home safe and sound was to place a microchip on her which is like a tracer to find her whereabouts in case she would get lost.

Eight months later a Spartanburg Police Officer found a dog that looked like Maria eating food out of a trash bag near Duncan Park.

By the time that the employees found out who is the owner of the dog, they were able to contact Maria’s owner to tell them the good news.

What makes this reunion story was that the law enforcement officer videotaped the reunion of Maria as her owners wept for joy to see their dream of reuniting with their lost puppy after eight months missing from their presence.