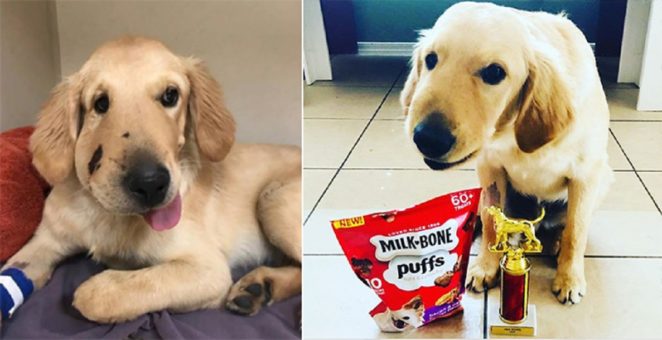 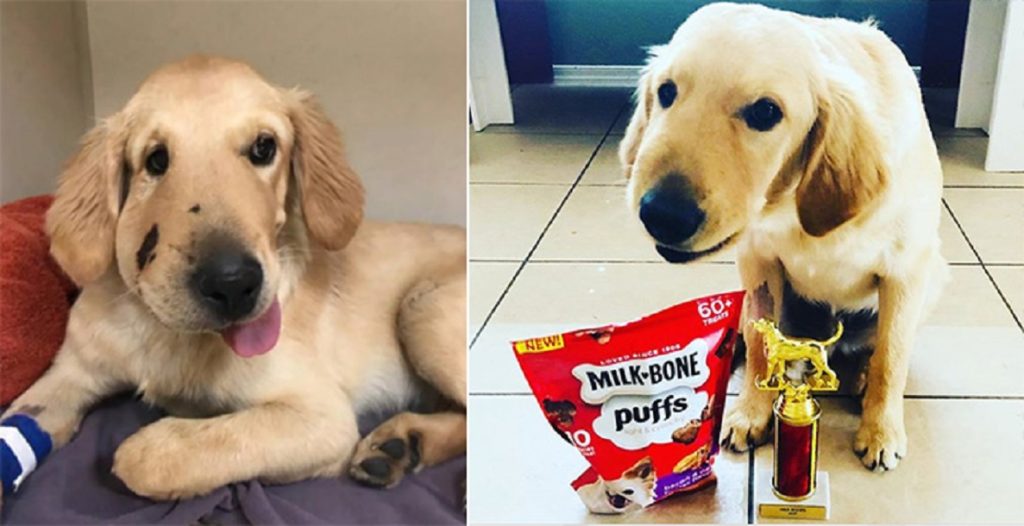 I have to get credit where credit is due with Jonathan Rodgers who is the senior brand manager of the Milk-Bone dog food company.Jonathan decided to have an award to be rewarded to any dog that exhibits the traits of bravery in taking the blows of another animals to defend their owner.

Todd who is a Golden Retriever at the time was six months of age defended his owner Paula Gordon by acting as her shield when a rattlesnake attempted to bite Paula when they were walking on a sidewalk near their home in Arizona.

Even though Todd suffered serious injuries after being bitten by the rattlesnake, Paula sent the story of her pet dog taking the bites from the rattlesnake to Facebook where the response from the readers of the story decided to assist her dog to recover from the snake bites.

The Milk-Bone company sent Todd a supply of Milk-Bone foods during the recovery time in an animal hospital which lasted around 12 hours after Todd was admitted to deal with the snake bites.

Todd who was in the company of his owner Paula, were given the award at the Streamy Awards that were held in Beverly Hills California last week.

Dogs are not only man and woman’s best friend, they are willing to defend their owners even it means losing their lives.

Jonathan was inspired to start the Dog Of The Year Award since in his heart he felt that animals should also have awards named in their honor just like humans get awards for their acts of bravery.