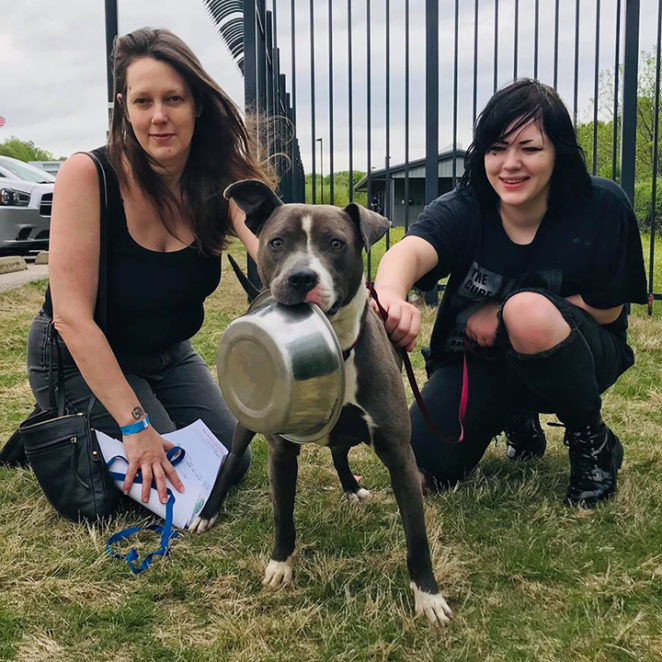 In my experience of owning dogs as pets, I have found that every dog whether they are male or female, they have unique personalities that shape their character.

A dog named Oliver who is one year of age was taken to the Memphis Animal Services in Memphis Tennessee after a concerned citizen found Oliver tied up in a backyard with his food bowl that was attached to his mouth which is the unique quality of Oliver.

It appeared that Oliver did not want any other dog to touch his food bowl while he was in the animal shelter which presented the difficult decision from the officials of the shelter to put him to sleep due to his bad behavior with the other dogs inside the shelter,

Thanks to the power of Facebook, a group named “Wilson, Rosie and Pickle Pete” they sounded the news that Oliver was going to be put to sleep unless he would be adopted by someone soon before the deadline which was on Monday.

A female couple who lives in Memphis found out that Oliver was available to be adopted. In the case of the couple that wanted to adopt Oliver, they found out that their relationship with the dog was perfect.

Oliver was adopted by the couple whose names were not released. Of course Oliver was able to keep his food bowl with him.

A nice story of a male dog who thanks of the power of social media and concerned dog owners, Oliver was spared his death sentence at a young age.