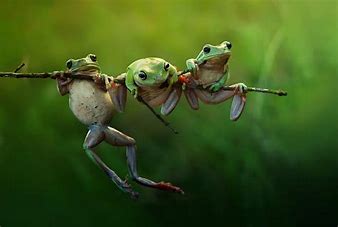 When I saw this picture I thought of my two best friends outside of my family.  Humm, out of the three of us which frog would be me? Let’s start by give the far left Number One, the middle Number Two, and the Third Number Three.

Now you simply read the question and decide who is who.