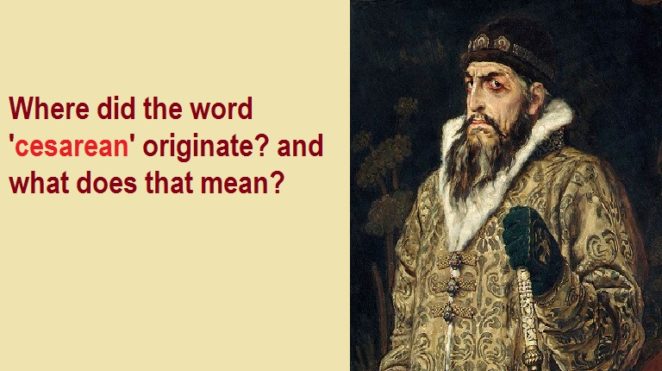 Before President Putin and Russian communism, Russian King was very famous. In Russian, the king is called ‘Czar’.Its pronunciation is ‘Zar’ that is, means ‘C’ in Czar is silent.

The Czar’s wife is called Czarina, According to common tradition, in ancient Rome, every child was called ‘Czar’ whom’s mother died shortly before birth and the baby be pull out of the mother’s womb with minor cut.

Cesarean birth refers to this, Since the birth of the Roman Emperor Julius, something similar has happened during his birth. So ‘Caesar’ became a point in his name and he was called Julius Caesar. Later, all the Roman rulers started writing ‘Caesar’ with their own name, such as Augustus Caesar, Tiberius Caesar, etc. Caesar became synonymous with the word ‘king,’ being part of the name of the king.

Since then we hear this words Cesarean in our hospital when any child birth with minor cut or operation and Doctor use the terms ” Cesarean case ” after examination.