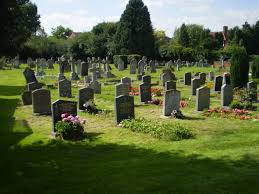 Two guys were inside the graveyard distributing fruits that they had plucked from a nearby tree. They had spotted two fruits outside the graveyard and they shared them  by saying ‘There are two outside – one for you and one for me”  At that exact moment there were two boys leaning against the compound wall of the graveyard smoking pot – obviously they were hiding there.

When they heard what those two guys inside the graveyard had said they both started shivering assuming that there were ghosts inside sharing souls.  Obviously they ran for their life and in fact that changed their life forever.