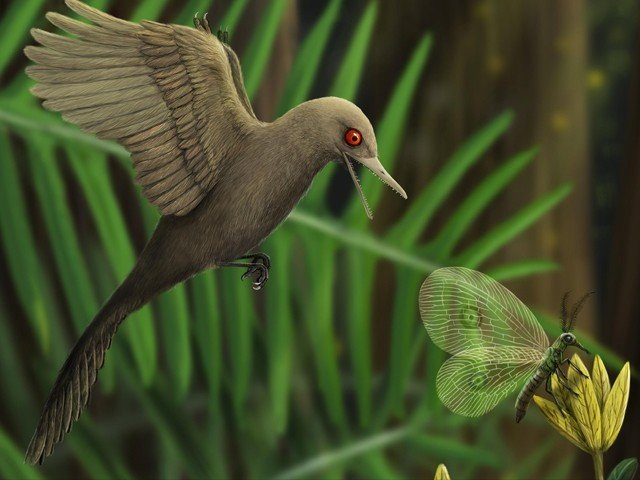 An international team of experts has discovered the skull of a 10-million-year-old dinosaur from Myanmar preserved in a piece of amber, which is only 7.1 mm long, including beak.

The structure of the skull resembles the long-necked “sauropod” dinosaur, but the presence of beak on it suggests that it could have been a bird. Based on its skull and beak, expert  even finding that the world’s smallest bird was smaller than the “sugar bird” (hummingbird). The size of Sugarbird (hummingbird)  can only be between 50 and 61 mm.

After detailed and careful observation it is further revealed that there were about 100 fine teeth in the mouth of this dinosaur and with whose help it was probably hunting insects.

His eyes were very small, and perhaps a little less light could penetrate them ۔ For this reason, experts believe that this “bird dinosaur” used to hunt in the light of day and rest at night.