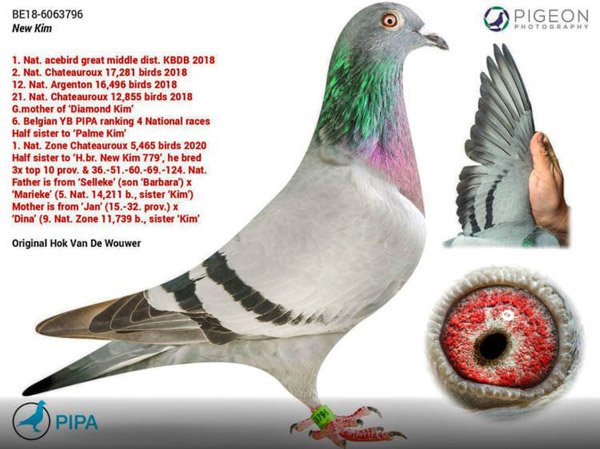 The world’s most expensive pigeon is currently valued at 1.5 million Dollar, or Rs 220 million, and guards are on duty to protect it. The significance of this pigeon is that it is the fastest pigeon for flight competitions and earns millions of dollars for its owner. In a recent bid, it was valued at 1.5 million.

This pigeon has been raised by Hoque van de Vauer, an expert in high-speed pigeons for air competitions in Belgium. Now he has announced that he will sell all their precious pigeons. Among them is Kim, who has won many flights and is number one in the national competition. This female pigeon has been named Kim and is still the most valuable pigeon in the world.

Click to Watch : Expensive pigpen of the world – Watch Video

When the pigeon was auctioned last week, Kim was auctioned off in just over an hour and a half and has so far been valued at 1.3 million dollar. However, the bidding is still going on and the bid will be finalized on November 15. It is expected to sell for  1.5 million dollar.

According to the owner this breed of pigeon is a great expert in high speed flight. Interestingly, the security of this pigeon has been regularly hired by a security company whose guards are always vigilant for the pigeon.