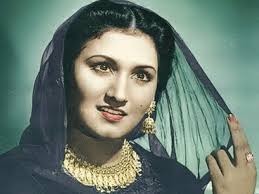 She was command of hindustani calasical music as well as other music  genres and Memody of queen was died in 23  December ,2000