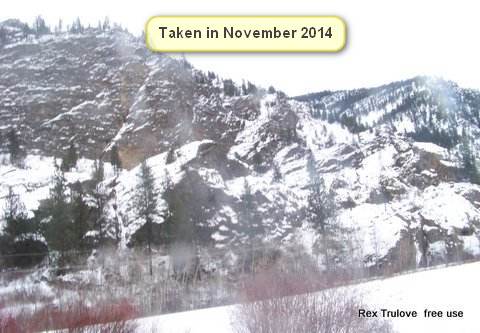 People might notice that when I write about our weather, such as for the weather challenge, I often mention how close or far our temperatures are from breaking records. I often also mention what those records are and when they were set. If you compare this to the records held by NOAA for this location, you’d probably notice a discrepancy and if you went that far, you might wonder why the numbers don’t match.

For example, the record high for this location for November 7 was 62° set in 2006. The record cold was 0°, set in 2003. These numbers aren’t the same as those kept by NOAA and the dates are different for the record high and record low. The numbers I use are from local records. Each day, the local statistics are sent to the national weather service and are stored by NOAA. So one would think that the numbers would match exactly.

The reason that they don’t is that NOAA routinely alters the data They call it ‘adjusting’ it. In theory, their reasoning is understandable. If the temperatures were taken at an airport, for instance, they could reflect higher temperatures than those that were actually there because of the fact that the tarmac absorbs and radiates heat. In practice, though, it opens the door for fraud. The truth is that our local temperatures aren’t affected by tarmac, building complexes, and so forth. We have three weather stations, all of them located in rural settings away from pavement and buildings. There is more of a variation at my home than there is by any of the three weather stations because there are other homes and paved roads near our house.

If the temperatures aren’t adjusted and the actual numbers are used, something becomes quickly apparent. Our record-high and record-low temperatures for the past century didn’t occur when NOAA wants people to think that they did. What difference does that make? NOAA’s numbers are carefully designed to support the theory of global warming. The actual numbers show something else entirely. If NOAA used the real numbers, they’d be hard-pressed to explain why they don’t support a pet theory of NOAA. It is far easier for them to simply doctor the data so it appears to still support their beloved theory. NOAA has been caught doing this on several occasions and has admitted to it, even furnishing weather data for weather stations before those weather stations even existed.

Here in Montana, we’ve been experiencing a cooling trend for about a dozen years and the real numbers back that up. It is the reason that I’ll continue to use the actual numbers rather than numbers that have been changed or invented to fit an agenda. Using the numbers saved by NOAA would be misleading, to say the least. Of course, there are laws against tampering with the data, but NOAA gets away with it. Many people don’t even know how to get the actual numbers for their locations, sadly. Still, it would rather be like a bookkeeper changing the numbers to show that a company made a profit when in reality, they lost money. It is sometimes done, but it is illegal and fraudulent. When a government agency does this, they usually get away with it.