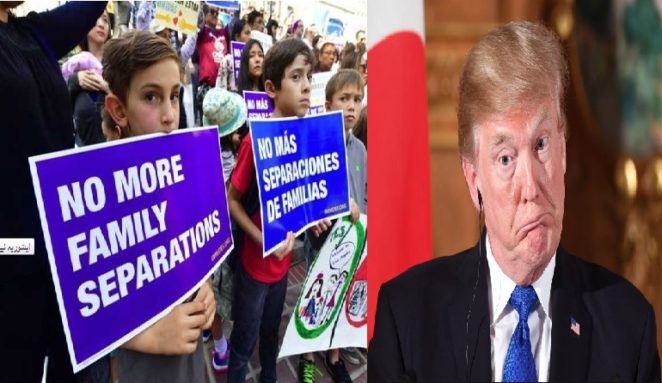 The administration of the US President Donald Trump, against the illegal immigrants, separated 2,000 children from their parents. The US government has crackdown against illegal immigrants coming from Mexico and their children are captured by US government during crossing the border. Immigrant children are kept in separate jails. And there are also pictures that reveal that they are being kept in the cages, resulting in a rage of anger and anger in the public.

According to the US Department of Interior data, 1995 children have been separated from their parents in just six weeks from April 2018 to May. The United Nations urges the United States to close the closure of children’s parents immediately.

Many people from Mexico illegally cross the border and enter the United States. Earlier, there was no harsh action against such people, but the Donald Trump administration has called it a serious crime and decided to give a tougher sentence.

Child Capturing and separation is considered to be the most serious punishment for parents.