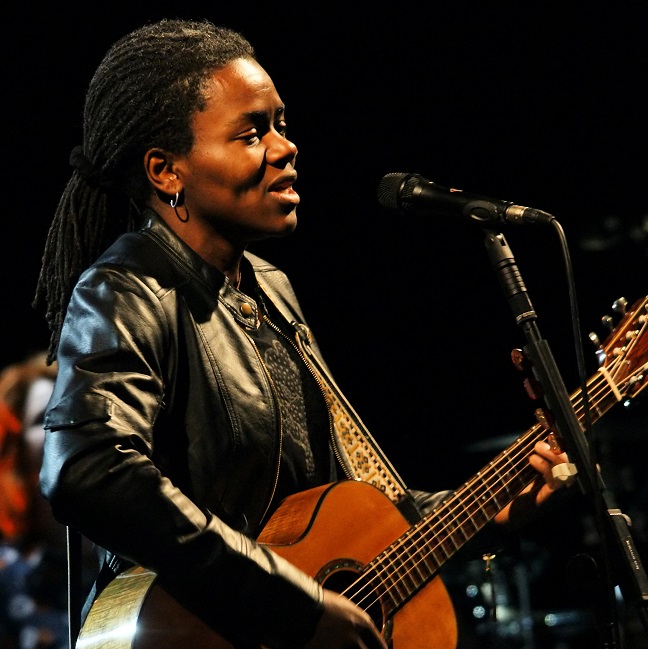 If you’re compiling a list of American female singers with unique voices, Tracy Chapman has got to end up on your list somewhere.  Not sure which number she would be on my list. Not sure if I would make a “Top 10” or a “Top 100” list.  But she would definitely be on my list.

Ms. Chapman introduced herself to the music scene at the end of the 80s with 2 songs that are still popular even to this day, “Fast Car” and “Give Me One Reason”.  Not only does she have great vocals but she can play the guitar and sounds good plugged or unplugged.

My current residence is in Austin, Texas, which is touted as the “Live Music Capital of the World”.  Only I’ve never been to any of the live music shows.  Fortunately, they air them on a television program called “Austin City Limits”.  So when Ms. Chapman came here to Austin, I got to watch her performance on TV.  She did not disappoint.  Tracy Chapman – Austin City Limits show (2003)

For Song Saturday I picked:  Tracy Chapman – Give Me One Reason (Official Music Video).  It’s got a kind of a blend of a country, bluesy, folksy, soul music vibe.  Eh! That’s the best way I can explain it.