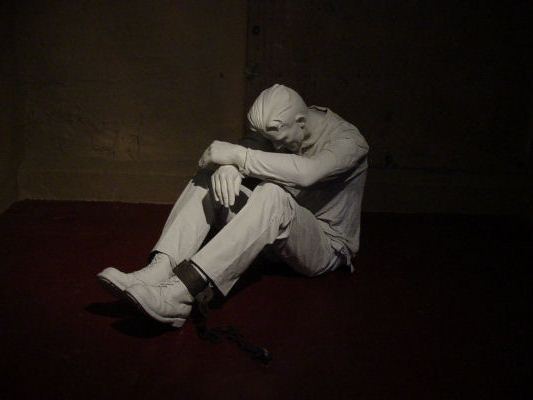 This is a social experiment carried out by a Taiwan variety show, whereby a person has to be locked up in a room, alone for 72 hours. She’ll be given food and there is a bathroom where she can shower and do her “businesses”.

A celebrity volunteered to carry out this experiment. She was very confident that she would walk out of the room after the 72 hours and be perfectly fine, but did things go as she expected?

Jane was allowed to bring 3 items with her, but no smartphones and electronic devices (except a GoPro for filming purposes). She decided to bring a map (which she thinks she would take a long time to read), some books and facial masks.

The first few hours were quite ok… Jane is still fascinated and excited over the whole thing. But boredom quickly took over, just about less than 5 hours into the experiment, Jane was getting bored and she took a shower and then went to bed.

The “next day” started with a really boring looking breakfast. Jane was clearly bored and she started talking a lot to herself. She becomes low-energy and loses all the energy she displayed on the start of the experiment. She complained a lot more (about food and nitty gritty things) and was on the verge of crying a few times.

She tried reading the map she brought but she was able to understand it quickly and it soon becomes boring too. She wasn’t in the mood to read, instead she ended up playing with the GoPro, dancing and singing to herself.

Next, she begun to “roleplay” using the pillows provided. She cried and pretended that “The Emperor” was dead (a famous scene in a TV show) … and finally she lied down on the bed screaming, “It’s so boring!” She then tried to open the door and begged the crew outside to talk to her. But they didn’t respond.

It’s obviously that Jane is getting stressed and is slowly losing her sane. She also started feeling sick (nauseous). Finally, by the 46th or 47th hour, Jane raised the white flag and terminated the experiment.

Jane reported losing control over herself during the experiment and she was getting very negative. After the experiment, she had some minor aftereffects (like not able to take the lift alone) which goes away when she get back to interacting with people.