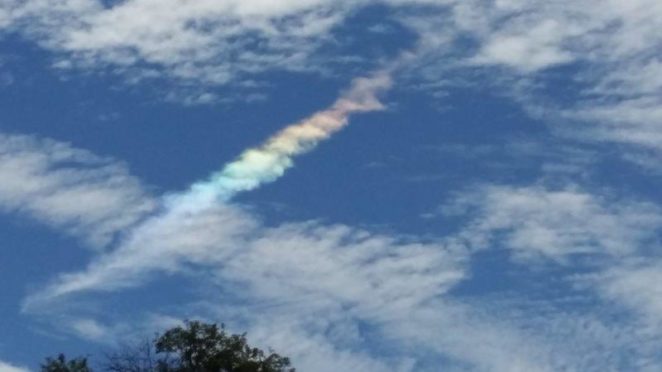 This cloud formation had to be set aside by a word, so, I chose the word quintessential which is used to describe the epitome of something and which has captured the spirit or essence of similar things, like this cloud with a dragonfly-like image and a rainbow in its tail. It was an awe-inspiring vision as it suddenly materialized in the sky at sunset after a devastating hail-storm recently.