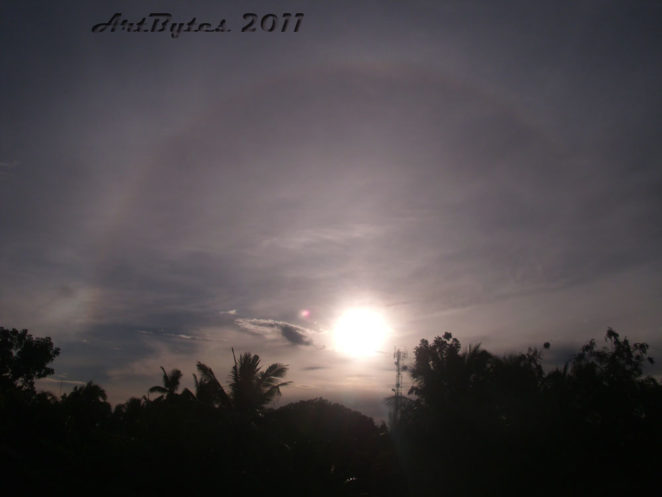 In 2011, the skies during the whole month of January was all cloudy. If I remember it right the cloudy days extended even beyond the month of February. I remember those days were always cloudy and DARK.

One morning, I believe it was the seventh of January (I named the file 10711), I saw the sun peeked through the thick clouds. I was on the second floor of a building at school and facing east. It was between 7 and 8 in the morning. I had a perfect view of the low lying sun. It was still cold but warmer than the previous days.

Luckily I had my digital camera with me at the time.

The covering cloud allowed me to look at the sun directly, and even take some photos of it. But the photos came out too bright. So I used my sunglasses as a filter.

The result… well… I will let you be the judge and kindly tell me what you think.

“There will always be the Sun behind the dark clouds”