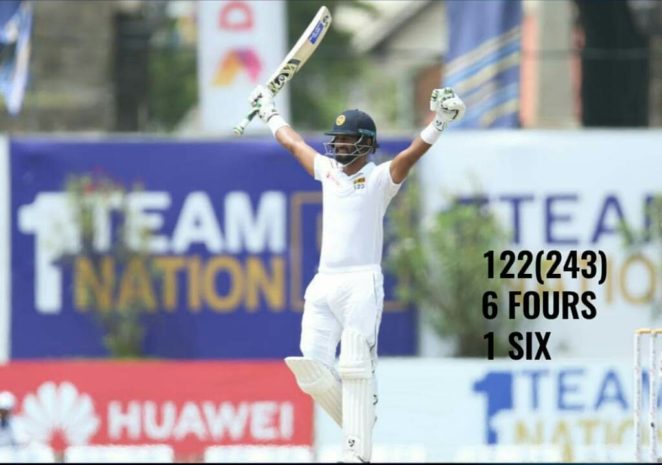 Finally a good news for Sri Lankan cricket fans. Sri Lanka won the first test against Newzealand at Galle and took the 1-0 lead in two matches series. Although the target of 268 was not an easy task in fourth innings, specially on Asian pitches. But captain Dimuth Karunaratne who was playing his first test as a captain, scored a tremendous century in fourth inning which made every thing easy for Sri Lankan batting Unit.

No doubt, after retirement of Kumar Sangakara, Mahela Jaywardne and Tilkaratne Dilshan, Sri Lanka is not looking a strong side but their performance in test cricket is quite satisfactory. In last couple of years they have won test series against teams like Pakistan, Austrailia and South Africa. They are the only team who chased down 250+ target in fourth inning thrice in last three years.