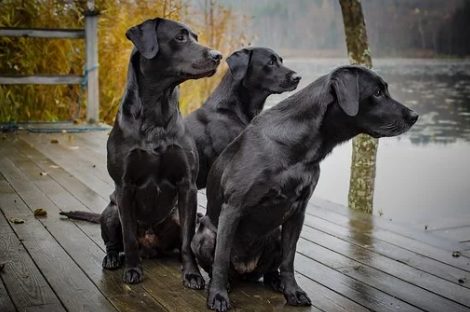 If anyone thinks these guys are cute, they are but here is a lady friend of theirs, living in New York about which is said people aren’t very welcoming, well they need only to meet Louboutina, or Loubie, to change their minds forever.

It’s quite the opposite and normal to find Loubie standing upright on New York streets, where, sporting a bright red harness, she sits, ever eager to embrace anyone who walks by her, Cesar, her owner said.

Loubotina, is well known as “the hugging dog,” even has her own catchphrase: “Spreading love and cuteness in the Big Apple and the World, according to her own Instagram account (where she has more than 200,000 followers).

Her favorite thing to do is stand at the corner of 5th and 17th, let’s call it her ‘stage,’ as Cesar calls it—and let the people actually come to her explained Cesar, her owner, in an interview with or news-hound Spot.