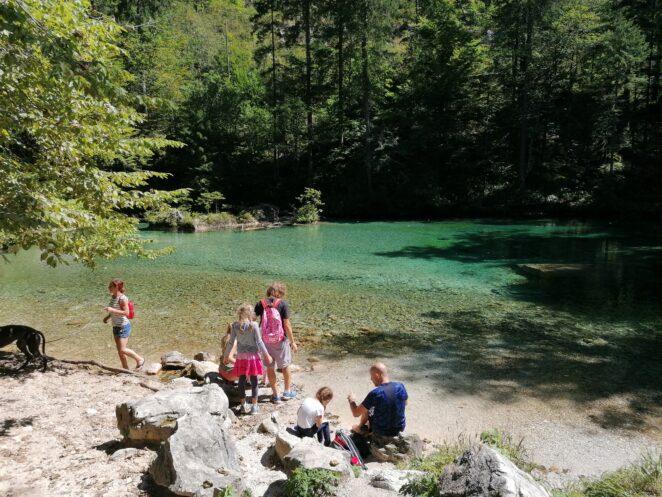 I also took this picture during my wanderings in Kamniška Bistrica.

Although the river is quite cold many visitors enjoy being by the river and “soaking” their feet into the river.

Kamniška Bistrica is the largest Slovenian torrent, which originates at an altitude of 623 m at the southern foot of the Kamnik-Savinja Alps.

With the snow-rain regime, Kamniška Bistrica has two periods of high flows (spring and autumn) and two periods of low flows (summer and winter) during the year. Spring waters exceed autumn waters, as in spring they increase further due to the release of water reserves, which have accumulated in the snow cover since late autumn through winter. Rivers with torrential character are considered to be particularly vulnerable, as they represent a unique ecological system.