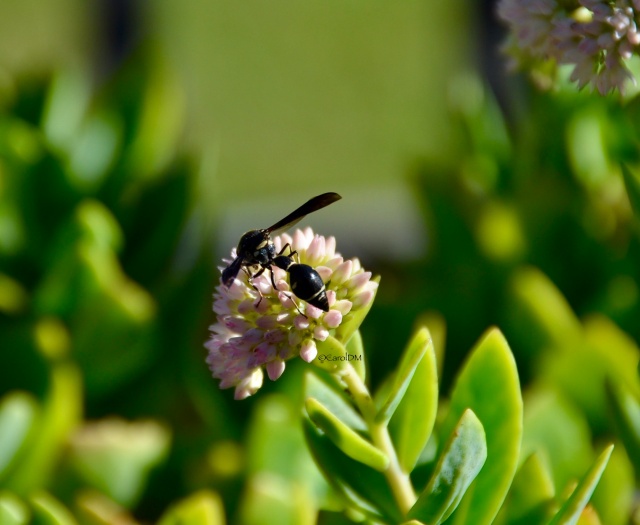 Potter Wasp is the common name for a group of caterpillar-hunting wasps known for their pot-shaped mud nests built by some species. Potter wasps are also known as Mason wasps.

Potter wasps are found throughout the northern hemisphere, mainly in temperate regions. There are about 270 species in the United States and Canada and about 3000 species worldwide.