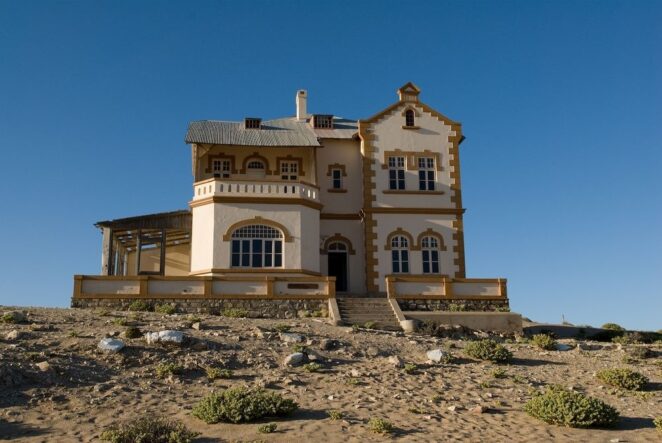 This house is situated in an authentic ghost town called Komanskop in Namibia which is not far from the town Solitaire, but with a significant difference, it is situated in an area called Sper-Gebied, (Restricted area) this is because it is situated in one of the largest alluvial diamond fields in the world. The diamonds were shaped millions of years ago by sub-terranean volcanoes in the area of the Orange and Vaal rivers which over many centuries transported these diamonds downriver to the area referred to as Oranjemund (Orange River mouth) hence the name “alluvial diamonds” which means, diamonds having been transported by fine-grained soil in water flowing over flood plains or in river beds to the sea.