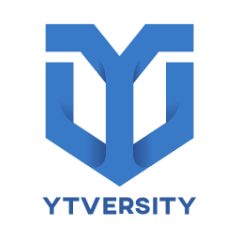 You are writing on Virily and things are really pretty nice right now. Admin has paid out about 60% of writers, perhaps the other 40% are new writers or NEWBIES as novices are referred to these days. But even with its best efforts to pay higher rates, you’re not going to be able to live from its proceeds, right? So what are you going to do about it?

Perhaps get a degree or your master’s. More institutions of higher learning, ie. Universities have become so ridiculously expensive, it has already become the place where disinterested rich folks kids hang out, not because they are super intelligent or because they want to study, no, not at all, but it’s to wallow in exclusivity. Poor, working-class kids just can’t get in there that easily or even at all.

So, what is left to do? Online entrepreneurship, that’s what! Design and produce educational material online, not the traditional stuff, but the things in life you really excel in, put them out there on places like Udemy, that’s just one of thousands of web pages waiting for content on how to do stuff, stuff you know about. They don’t only buy your courses but pay you a percentage of the profits they make, offering your work to learners.

Go and take a look. Heck, don’t just sell one course, sell 100! This brings me to the crux of this post, In the book Blue Ocean Strategy by W. Chan Kim and Renée Mauborgne, they talk about the fact that most online markets are red oceans, full of blood because of all the sharks feeding on the same small pool of fish. The submarket is also becoming a very red ocean, which is why it can be difficult to have success even there unless you know-how.

If you think about how these markets have changed over time, you’ll see that the submarkets and niches developed in direct reaction to those vast red oceans. The first person who taught wealth, health, or relationships was working in a crystal blue ocean with no other sharks coming after their customers. But people soon saw their success, and jumped into the waters, too. Soon, the water turned red with sharks feeding on the same customers.

That’s why people had to create their own new blue oceans once again. That’s where submarkets began. The teachers who started these submarkets had great success also until people jumped in there too and bloodied the waters once more. A few smart people looked around and figured out what they could create INSIDE of these submarkets that would become new opportunities to those customers. So, they created a new blue ocean once again.

The mistake many people make today is they start looking at the niches, find one that looks good, and dive headlong into building their company from there. The problem with diving into an existing niche is like stepping into someone else’s blue ocean, you can clearly see that, right? And if you are the third, fourth, or fifth person in that niche, then the waters are already getting bloody.

I suggest you take a good hard look at a submarket and try to create a new super niche, a fresh blue ocean for yourself. to create a new opportunity for people so they’ll want to dive into your blue ocean. This is what I meant when I said, you need to carve out your own spot in the ecosystem. If you jump into an already existing red ocean, you’ll be fighting an uphill battle. But if you create your own blue ocean, you will find success so much easier.