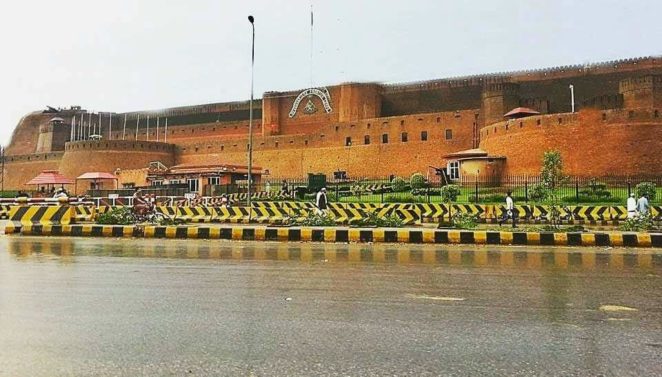 Geographically Peshawar is an important city of South Asia. This city was invaded so many time by invaders. It was captured and recaptured several times by Afghan, Mughals and Sikh rulers.

As we know that forts were headquarters of war in past, where rulers used to make plans to defeat their opponents, so building of forts was necessity of every invader. This fort which name is Qilla Bala Hisar was initially constructed during Durrani Empire in 7th Century. Bala Hisar is a persian word which means high fort as this fort was constructed on a high place of Peshawar.

This fort was used as royal residence during Ahmad Shah Abadali an later on Mughal era. Now it is a Headquarter of Frontier Corps.