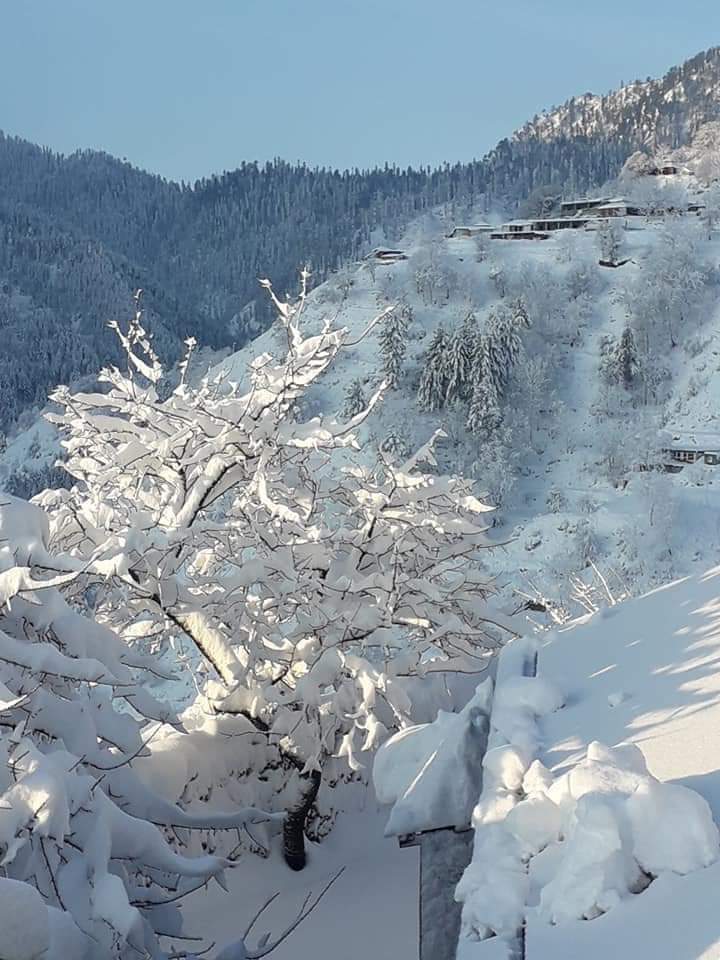 The winter season is coming to an end. This means the winter of this year is in its final stages. The province of Sindh and the southern part of the province of Punjab are now completely under the influence of cold. But Balochistan province, northern Punjab province, Khyber Pukhtun kha and Kashmir still feel cold. The northern areas of Kashmir and the Khyber Pukhtun kha are in the final stages of snowfall. A view of yesterday’s snow in Skardu and the surrounding area, as seen in this photo. Many tourists who have come to enjoy the snow in Pakistan have started to return and those who have not yet been enjoying the last phase of snowfall in the northern areas of Pakistan.

Where snowfall brings many problems, it also benefits many people in the area. Snowfall increases the water reserves in the area. The heat here is not as intense as in the rest. Snowfall plays a vital role in keeping the region’s vegetation intact. The lush and beautiful nature of the area, the lush grasses help greatly to keep the area’s pets alive in the summer.