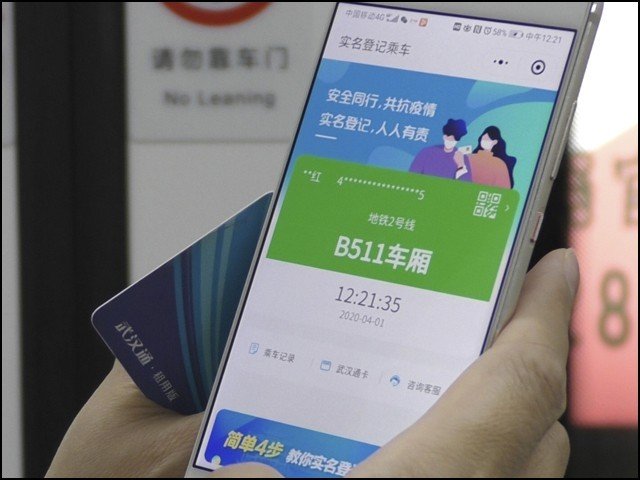 Lock down is abolished in the Chinese city of Wuhan after 76 days and people are allowed to move to other cities, however, only citizens whose smartphone has a “green” QR code will be allowed to leave the city of Wuhan.

The epidemic of the novel Corona virus “COVID -19” began in Wuhan, the Chinese province of Hubei, in the closing days of 2019, which has transformed into a global epidemic today, and the number of victims worldwide has reached around 1.5 million. Is done

China took immediate security measures and lock down / quarantine in Wuhan from January 23, under which no residents were allowed to leave the city, and no other city resident could enter. However, only medical staff and government officials were allowed to come there to perform their duties.

There were no reports of Corona virus deaths in Wuhan last day, but after the lock down ended, crowds of people traveling to other stations at railway stations, buses and airports were seen.