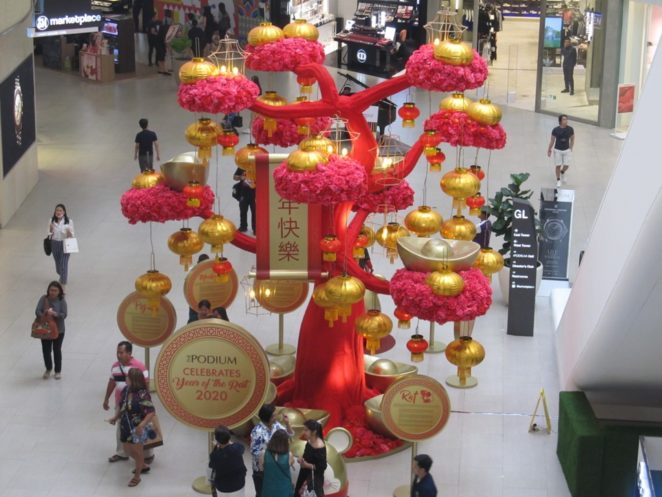 The Chinese new year is full of traditional Chinese activities. First and foremost is the dragon dance that is getting popular in the cities. That might be the influence of the Chinese businessmen who owns most of the malls and also the banks and the stores. The dragon dance can be likened to the Christmas caroling. But instead of singing, the dragon dances to the tune of the drum. Inside the dragon costume is a group of people that makes the dragon move in sync.

One noticeable tradition in the Chinese festivities is the generosity. They give away the famous Tikoy to friends. Tikoy is a snack food that is sticky. There’s also the moon cake which is a special pastry that they say can attract good luck. But most of all, the red envelope called Ang Pao is the biggest deal because it has money inside. That is the generosity of the Chinese as a tradition and still part of their modern culture.