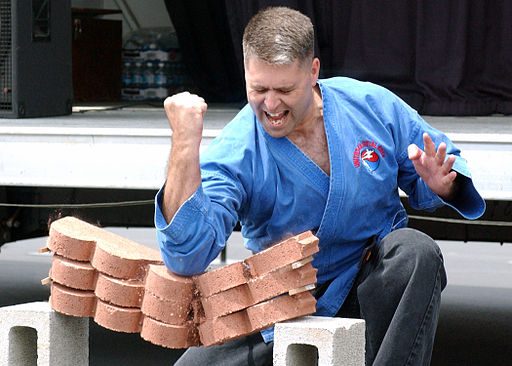 I’m writing this as I sit by the lake

I’m not doing much, just taking a break.

An idleness claim you cannot invoke

It’s not that I’ve been here since the day broke.

With all due respect I’m breaking that thought

Selby, Mark, was in seventeenth heaven

Making a break of one forty-seven.

A throw, right on line, breaking the wicket

Will the ball break to the off or the leg?

Score six or a four or lose middle peg?

The tennis is good, such skill and such verve –

Earlier on, at the end of a set

To other TV, I watched “Breaking Bad”

Then rodeo stars, who must have gone mad

Risking their lives on unbroken horses

Once breaks in their legs have mended and set.

After watching that, how could I forget

“Bargain Hunt” and how that careless guy swore

On dropping a vase that broke on the floor.

If the pot had been his, no words spoken,

Maybe his heart is what would have broken.

At least he avoided everyone’s fears

By refusing completely to break down in tears

When told by the seller, greatly dismayed,

That all breakage costs would have to be paid.

Not to forget, in a break for the ads,

A minute or two’s “break dancing for dads”.

So now here I am, I’m sat by the lake

Watching the shore where the little waves break

I hear you approach, no break in your pace,

I’m simply asking you, give me a break.