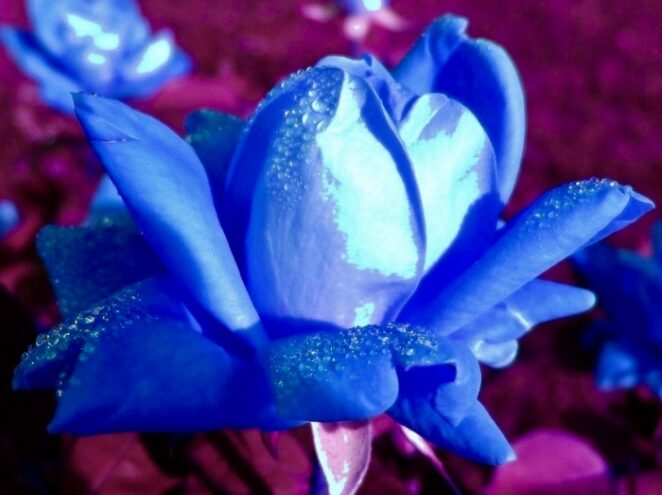 Sharing another edit done on one of my rose pictures.

I have never seen blue roses before but I suppose anything is possible.

Enjoy life and whatever is thrown your way. Make the best of each moment.

Sharing a few “blue rose” facts with you courtesy of gardenerdy.com

Due to genetic limitations, the blue rose cannot exist naturally. The flower rose lacks the specific gene or pigmentation which has the ability to produce colors of true blue. Sometimes, a purple or lavender rose may somewhat appear like a blue rose in certain light.

Also, many florists dye white roses with a natural blue dye, and create blue roses. However, with the help of genetic engineering, it is possible for gardeners and greenhouses to reproduce the traits for the color blue in roses. And the same was accomplished by a Japanese company in the year 2004. However, the rose did not have the ‘true blue’ but a darker color.

What Does the Blue Rose Signify?