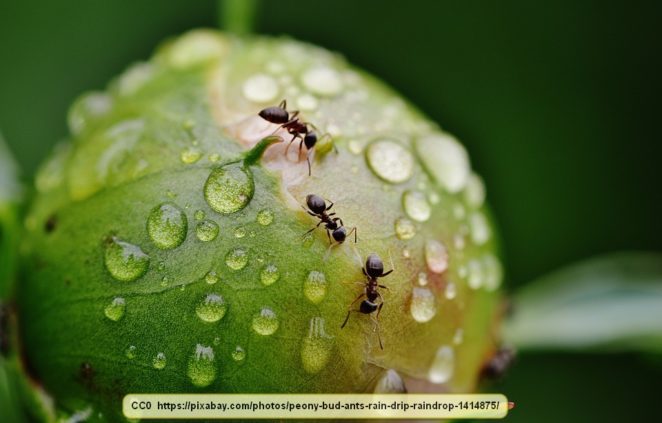 It is truly impossible for the human mind to grasp how large the number ‘trillion’ is because it falls so far outside of the experience of any human. We usually have to put it in other terms, just to begin to comprehend how large the number is. We’ve already explored one of those other terms as a light-year is the distance that light travels in a year at a speed of about 186,000 miles per second; a little less than 6 trillion miles. Here is another way to try to grasp how many a trillion is.

To a person, the earth seems like a big place, but it is actually a relatively small and insignificant planet. About 70% of the planet is covered by water, too. The total area of land on Earth is about 57,308,738 square miles. That is a little more than 57.3 million square miles.

Please bear with me as this is important for gaining an appreciation of what we will consider; ants. In order to grasp the significance of ants, it should be mentioned that there are a little more than 7.7 billion people on the earth at the time this is being written.

Scientists don’t truly know how many ants there are in the world. It also needs to be noted that ants occupy a volume of the land surface of the earth and not just an area. This is because ants live not only on the surface but also below the surface and above the surface, on plants, so they live both horizontally and vertically.

Because of uncertainties, the total number of ants that are estimated to be living on Earth varies widely; between 100 trillion and 100 quadrillion (100,000 trillion). Since we can’t honestly conceive a number this large, we can try to grasp it in other terms. This is where the number of humans on Earth comes into play.

Let’s assume that the lower, more pessimistic number is the correct one; 100 trillion ants. 100 trillion = 1,000 billion, 100 times. Again, this number is too large to comprehend. However, virtually anyone reading this is likely to have seen an ant and is aware of how little an ant is. Simple arithmetic indicates that there are almost 13,000 ants per person in the world, at least. The total number of ants for every man, woman, and child is almost certainly much greater than this.

In fact, it has often been said that all of the ants in the world weigh more than all of the humans in the world. Assuming that this is true, it should be easy to see that even thinking of ants in terms of weight, it is still virtually impossible to conceive how many trillions of ants there are in the world or how big a trillion actually is. It is even difficult to imagine that there are over 13,000 ants for each person, and possibly 13,000,000 ants per person, including you.

Even using the weight of ants, it is beyond us to visualize a trillion. This should at least give us all a better appreciation of how large a trillion is.