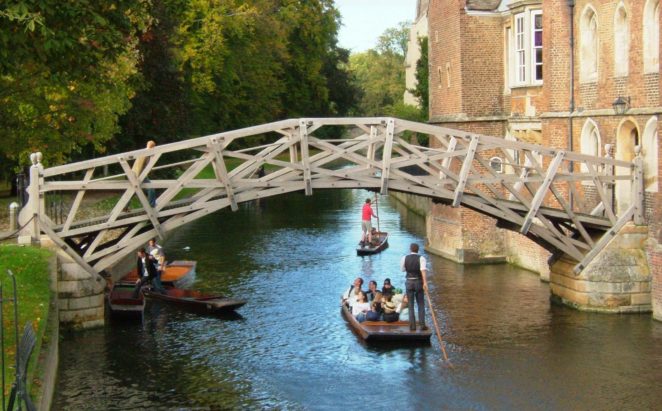 Wooden Bridge “, which is poznatji called” Mathematics “, admiration for the way it was built. Even though the arc-shaped, built from straight beams. In order to ensure this, visitors to Cambridge are going to sail on the river Kem to look around and see the bridge from all sides. Because of specific and “smart” construction method, which is preserved even after the restoration of the bridge provided the nickname of “Mathematics”. Legends that are tied to the same bridge are intriguing, as well as its shape. According to some theories, which are often listed in the guidebooks, the bridge was built by Isaac Newton. And without nails or screws, and all failed to prove that the laws of physics.