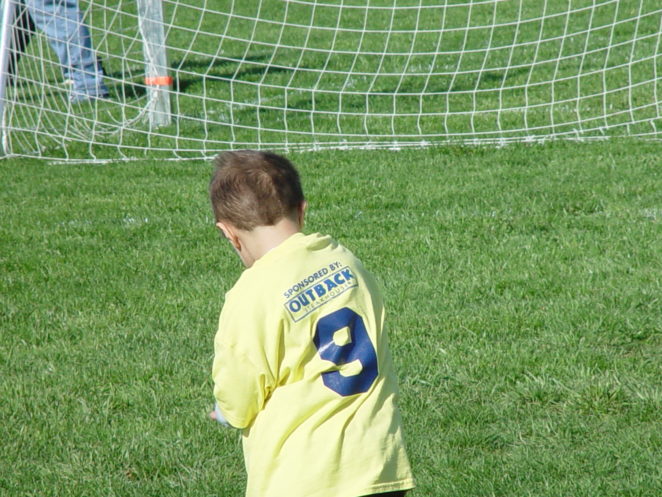 Continuing my sports pictures of the past to replace the sports I can’t see on TV right now, series. Soccer is an exciting sport in the US. It has continued to get more and more attention. The US Woman’s Soccer team is globally dominant. If not the best team in the world, certainly one of the top 2. The US has more Women’s world cups won, than finals appearances by the men’s team. But, futbol, has gotten more prominent in the US. It was a sport the twins played for a couple of years. Early on in the process, Soccer doesn’t have scoring. At least not in Greenwood, Indiana, at the YMCA. There were no scores posted. The referee would acknowledge a goal.

Then the game would start over. The twins spent as much time looking for Dandelions as they did playing Soccer. But as they call it, Sportsball isn’t their thing. I remember many years ago pitching baseballs in the yard so the twins could wack them with a bat. My wife saw one of the twins hit the ball and said I could run it further than that. She stepped up, swung, and hit the ball. It went far. She stood there, proud that she had hit the ball further that the twins could. She was right about the right-handed twin. They couldn’t hit the ball anywhere near as far as their mother had hit it. The smile on her face got huge. She was winning this one!

Then the other twin came up and switched to his left side. She had come out to see him hitting the ball right-handed. As mirror twins one is left-handed, one is right-handed. But the left-handed twin could hit the ball from either side of the part (that is called being a switch hitter). The twin stepped up to the plate left-handed and hit the ball; It sailed about 25 feet further than the one my wife had hit. She said, “wait, why are they hitting it, left-handed?” Because I answered, they are left-handed. They were practicing hitting from the other side of the plate. She never challenged the twins to a hitting contest again. Sometimes memories are beautiful ways to start the day!

which way is the goal? 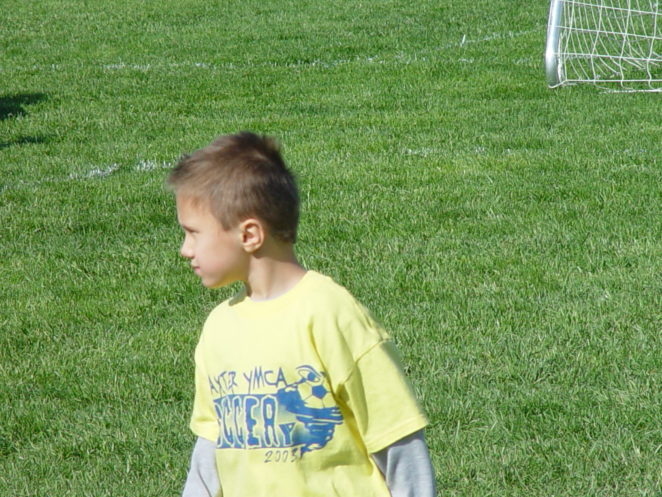 Hey I see a dandlion 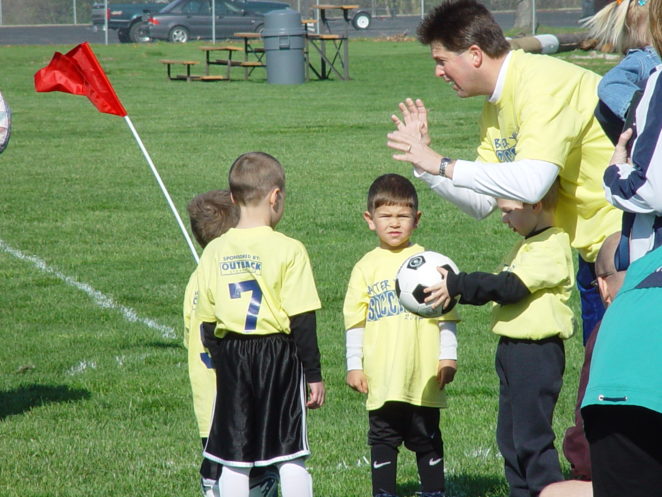 ok team, let's not all run to the ball this time! 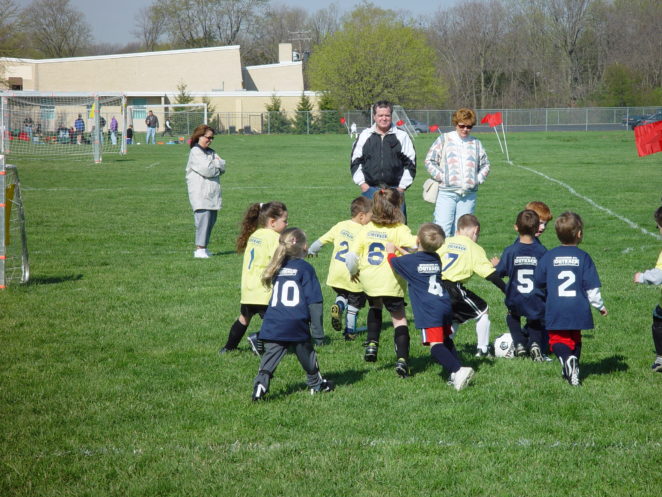 kick it, I think it is still alive!