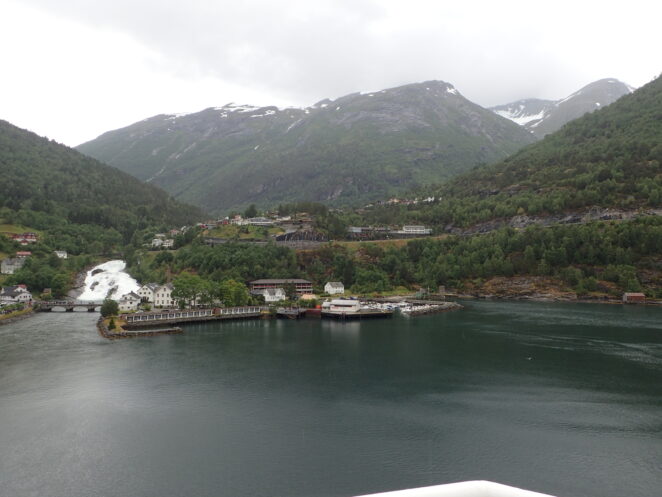 Ellie shared an excellent virtual tour of Norway a couple of days ago. I thought I would share images from a Fjord in Norway. The pictures are on the way to Gelsinger, Norway. The trip down a Fjord on a cruise ship was enjoyable. In a couple of locations, the optical illusion is that the boat won’t fit. The other trepidation, of course, is, is the Fjord deep enough. In researching the Fjord trip after the fact, the water is between 300 and 500 feet deep most of the trip.  The water is a deep, bright blue, and in walking to the shore when we were on land, the water is freezing. Anyway thought I would back up Ellie’s excellent piece on Norway with some pictures of Norway.

The vacation we took that year was extraordinary. It was my wife’s 25th anniversary present (a couple of days after the actual day)! When we got married, my wife told me she wanted to go to Amsterdam. The last three days of our trip were spent in Amsterdam. We also took the Viking Cruise, not Viking Cruise line but a cruise of where the Vikings wandered nearly 1000 years ago. Norway was the first stop, and I have shared those memories many times. The other thing I wanted to share was a plug when things are again safe for the Cruise Ship industry. Over the years, we have been on several cruises. They are enjoyable trips. You get to your room, and you can explore from there your stuff is safe.

I understand in the era of COVID-19 that people call Cruise Ships floating Petri dishes. To a degree, they are. But the reality of where we are now is that airplanes spread the disease, not Cruise ships. Yes, being on a cruise ship was very bad for many people, but in the end, the reality of the situation was, had we shut off air travel to china faster, we could have stopped this crisis a lot faster. Many of the cruise companies are going to struggle for the next few years. I thought I would give my plug for them when things settle down. I also highly recommend the Costa Cruise Line Viking Cruise. You get to see Denmark, Germany, and Norway. When the ship docks, you can even storm ashore like the Vikings themselves did! 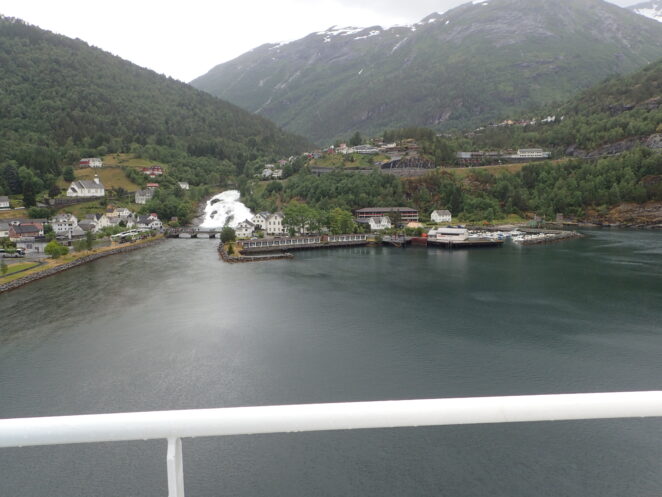 the end of the Fjord 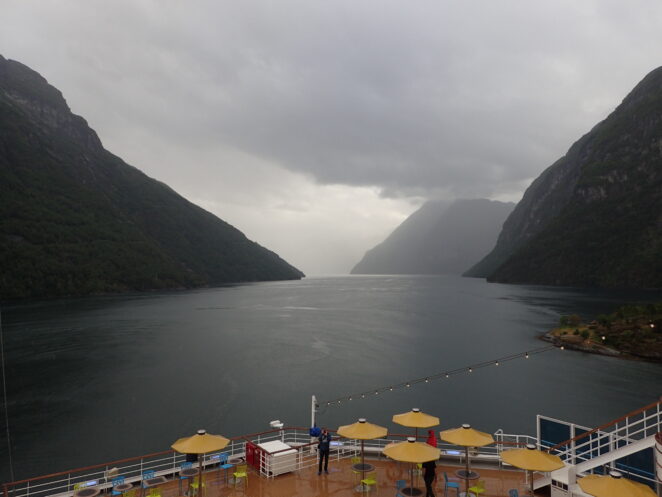 heading towards the ocean! 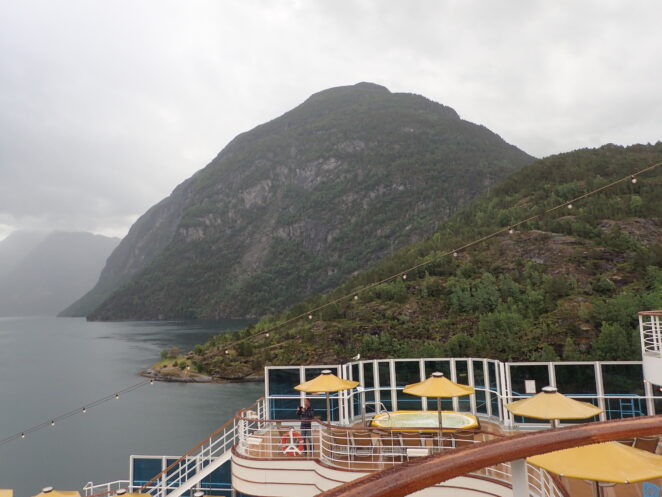