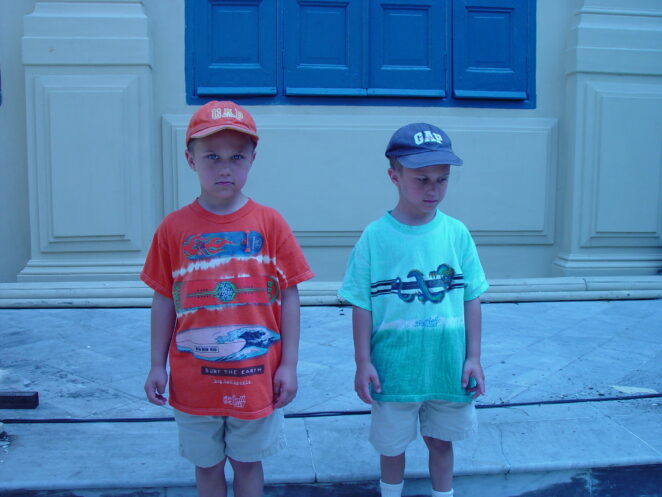 Moving to Thailand was a huge change for my whole family. We were starting with the fact that all of us left our friends (and family) back in the state. The other side was we left cold, wandered to cold (Ireland and then France) to arrive in Hot (Bangkok). It wasn’t hot that we were used to either. It was hot the entire time we were in Thailand. There was no fall, no spring, just hot season, and then more humid season. In between the warm season and the warmer season was the wet season. I was not prepared for what a monsoon was. I had read the works of Somerset Maugh before arriving in Thailand (his focus was more on the Islands of the South Pacific in his works). I had read many works talking about monsoons.

I can write today about monsoon. I can tell you that it is a different experience. I used to travel to Seattle, Washington. It rains many days in Seattle, but the rainfall isn’t much. A monsoon is a lot of rain in a short period. It happens almost every day of the rainy season. The clouds rolled in, the sky opened up, and the rain fell. So much that several times the Soi (street) we lived on (Soi 12) was flooded. There were 2, 3 inches of water covering the road, parking lot, and the world. The rain stopped, and within an hour, the water was gone. It was amazing. I cannot describe in words that make sense the sheer amount of water that fell during those monsoon rainy days.

The other transition for me was going to a British School. I had been to US schools for several years by the time we got to Bangkok. At the time, the International School had a reputation for having a huge drug problem, Drugs, in that part of the world are more and less available than in the US. My parents were nervous, so they enrolled in my middle sister and me in an English school. The reality of an English school is that the school is very different than what I was used to, and I had to transition fast. The one thing I remember was homework was different. We went to school (starting at 6 am, and going until 12:30 pm) to avoid the hottest part of the day. It was a big transition!

dad made us stand in front of an old building. 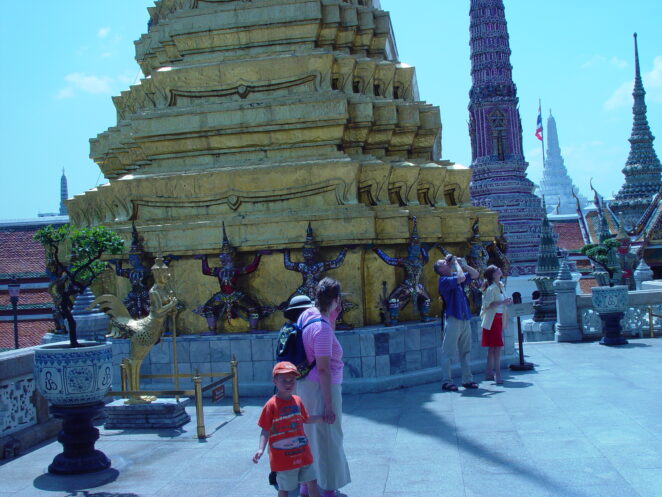 A pagoda, near Bangkok 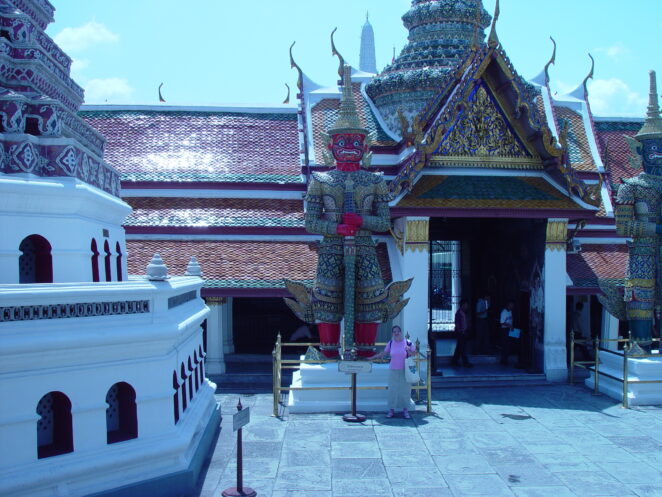 Guarding the entrance to the royal palace! 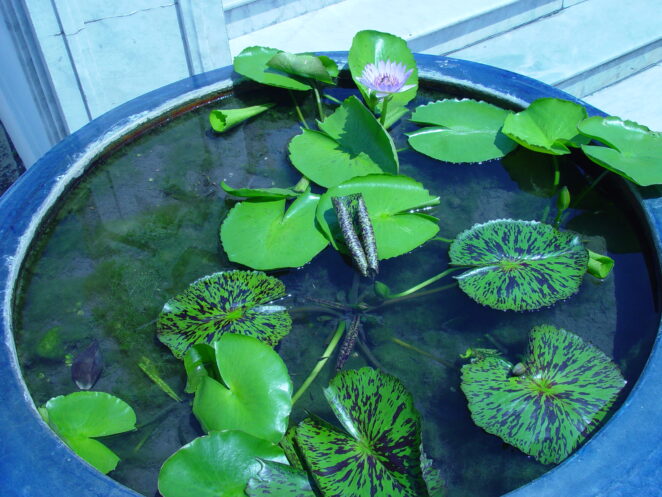 i love these - they represent both peace and growth!