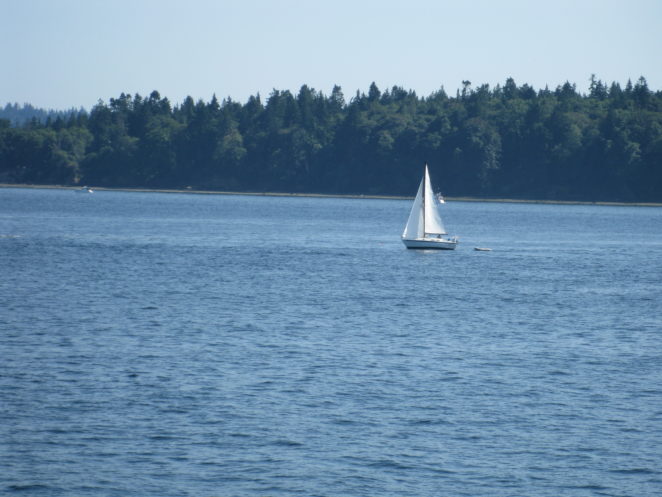 The moment of capture, it is something that brings both good and bad. In part because you have to recall why you captured the image. These, captured on a Seattle Harbor tour. My favorite is the Space Needle from the water. It looks so cool rising out of the hills of Seattle. I have been lucky enough to go to the Space Needle. It is taking customers to a restaurant for dinner. Restaurants on top of large buildings are fun. You can see the city while eating. The food, I remember, wasn’t ever very good. But the view was always spectacular! A base of the Space Needle is the Jimmy Hendrix experience as well. The building is the speed like a guitar and, once inside, a fantastic experience.

The original Starbucks (Pike Place) is down the road a couple of miles from the space needle. Plus, there is the famous Pike Street Market. The first time I saw that the fish market was in the movie Free Willy. In that movie, the hero steals a thrown fish for his friend, an Orca named Willy. The sole purpose of the film is the freeing of the Orca Willy. I would say that I will never forget that movie because that movie was my daughter’s go-to movie when she was sick for many years. We always knew she felt evil when Free Willy was taken off the shelf and plugged into the VCR. She, our daughter, knew how to do that from age three on. Turn on the TV, plug in VCR!

Seattle is also a working harbor like the harbor in Sydney, Australia. Part of the port is devoted to Ferries. The other part of the port is dedicated to large ships. Seattle is a massive hub in the US for inbound goods from Asia, as is the port of Los Angeles. Large container ships dock and offload their containers full of products. It is fun to watch the container ships unload those containers. Some of them right onto railroad cars others right onto Semi-trucks and then off to distribution centers to be sold in stores around the US. I stood on the shore and watched them unload the container ships many times. One of my favorite restaurants in the entire world is in downtown Seattle. I love the Wild Ginger restaurant; we would go there whenever we were in Seattle! 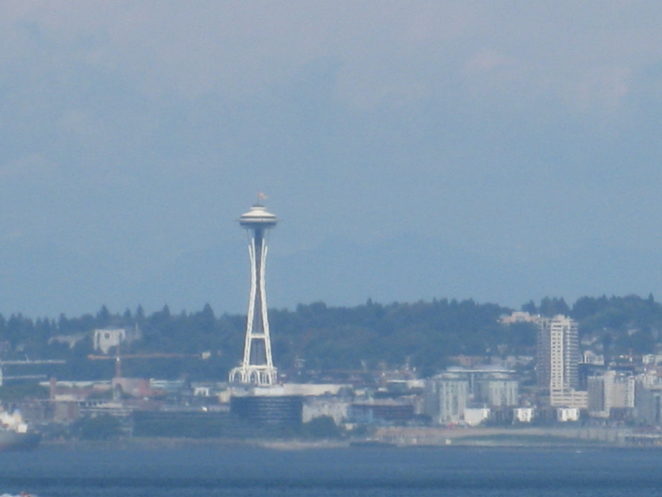 the space needle from the waterside 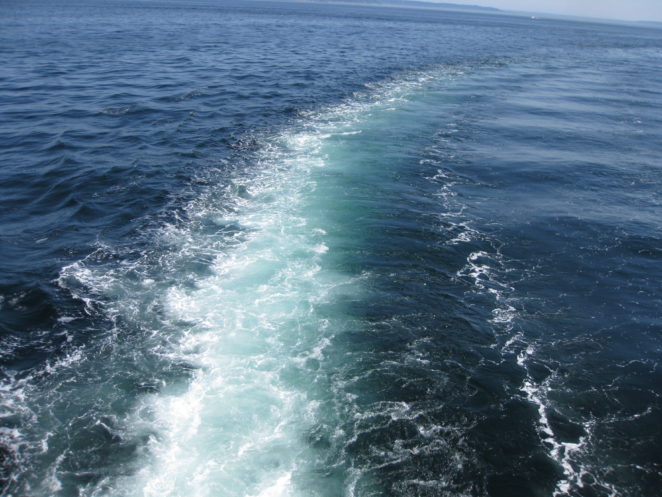 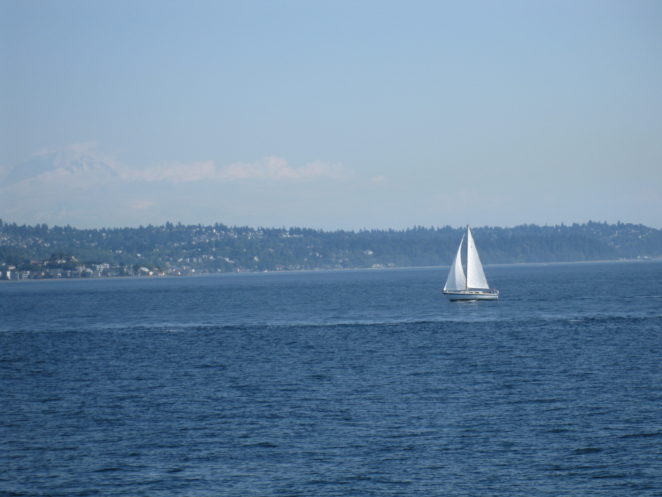 sailboats in the harbor