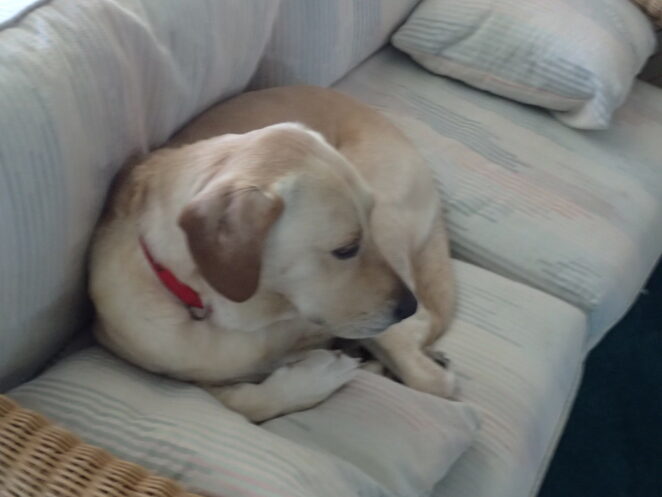 Yesterday I shared pictures of Raven and the story of Cedar (aka Dylan). Today it is pictures of Dylan (ne Cedar) and the story of Raven. When Fran died, it impacted our family a lot. We all got to say goodbye to her. She was the rock of our daughter and, by that point, had lived with us for 13 years. She passed away just a few days before her 14th birthday. The person/creature in the house most impacted was Dylan. He was suddenly home alone at times. The twins were off in high school. Our daughter was working and in college, and my wife and I both headed off to work. The twins wanted a dog to take care of. It is I think a rite of passage in our house when you are old enough to take care of a dog.

I reached out to LRCP (Lab Rescue) again and talked to the same coordinator from the last time. She knew Dylan and his personality. So we started looking for a dog. I figured it would take 40 or more days. But, she called me two days after we talked and said I might have a match. A dog that was at a Veterinary clinic (Lab Rescue has a rule that all dogs must be either spayed or neutered before they are adopted). She was due to be released on Saturday from the Clinic. Two families were interested in this dog. But we were getting the first opportunity to see if she was a fit. The funny thing about this situation was that this dog was on the opposite side of Richmond, VA, from where Dylan had been.

We Got in the car and drove the 2.5 hours to see her. The reality was based on Fran not liking Dylan at first, and probably at all, we were nervous. The other goal was that the dog would bond with the twins. Our daughter was still hurting from losing Fran and didn’t get another dog until December of that year, either month away. We met Raliegh (that was her name then) in the parking lot of the Vet clinic. She and Dylan got along. But more importantly, she picked the twins right away. Raleigh was going to go to her forever home! As we drove away, we started the same naming process we had done with Cedar (now Dylan) Raleigh was a black lab. We decided on continuing the literary naming (Dylan is short for Dylan Thomas, the poet) and a black dog, coming to Maryland, her name had to be Raven Poe (in honor of the great poet Edgar Allen Poe and his famous poem The Raven.)

So, the story of how Raliegh, a city, became Raven the Lab!

vacation Dylan chillin on the couch 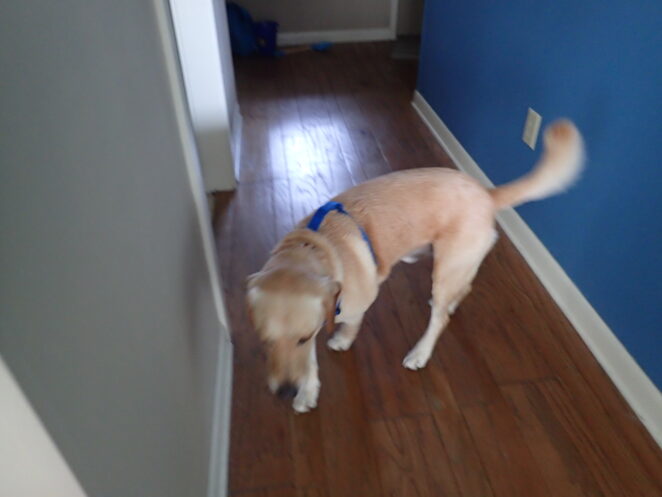 ok i have my harness on let's go 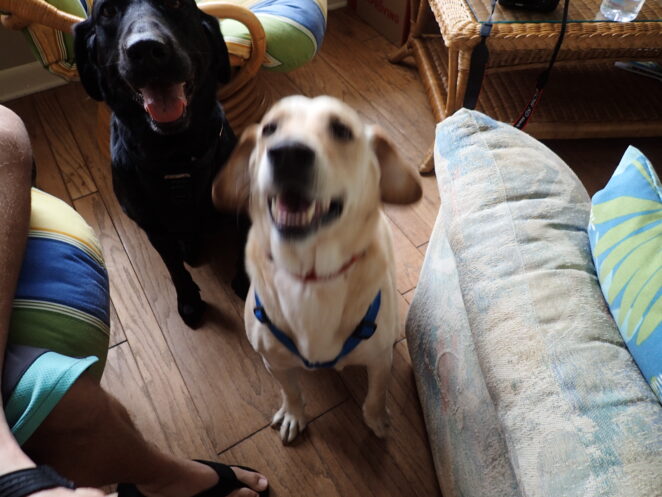 someone mentioned a walk? 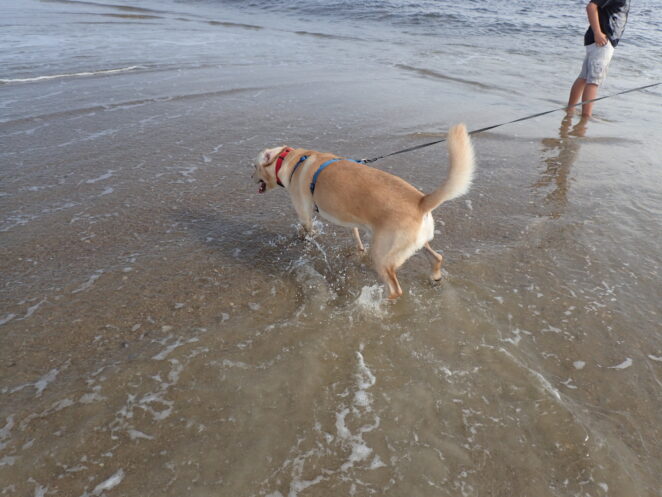