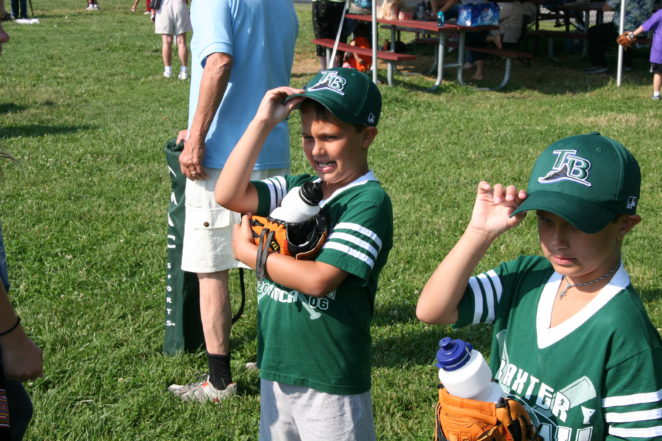 It isn’t song Saturday, its still the wander project. The captions all come from the John Fogarty song Centerfield. The song is about Baseball. I love to watch my favorite team; the Chicago Cubs play Baseball. It is a game that I enjoy. That won’t be happening right now and sadly you all know the reason. So I thought I would share some pictures of the twins playing sports. My favorite picture of this first collection of 4 is the first picture. The two of them were not posed nor were they asked to do what you see. That was a spontaneous capture of the two of them.  I suspect I would struggle to capture that picture now. But then they were ready to play Baseball!

For the most part, when kids are that small, the game is mostly watching. Watching the kids as they chase dandelions. They were watching the kids standing. Every once in a while, the ball leaps off a bat and flies over the infield. Some of the leagues use a Tee to put the ball on for the kid to hit the ball. Some of the leagues use a coach as a picture who throws the ball underhanded to the batters. Either way, the vast majority of the hit baseballs go to the pitcher.  If an adult is pitching, a child is standing there, and they run to get the ball. The batter who has connected with the ball runs towards first base as fast as they can. It is a flurry of action that sometimes lasts longer than it should.

A between the legs, triple overthrow, inside the part home run!

i wanna hit the ball and touch them all 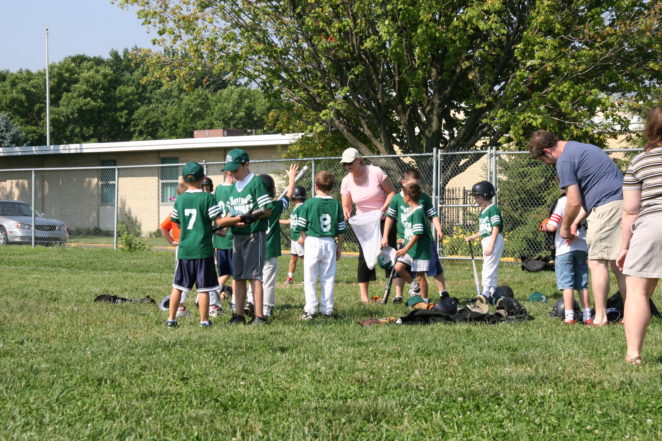 there is new grass on the field 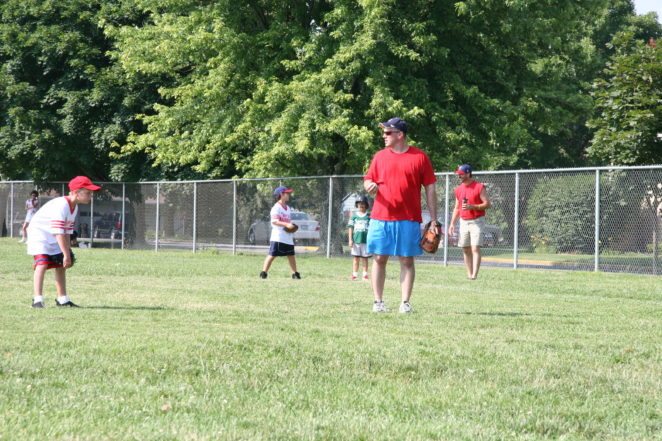 you know I took some lumps when the mighty Case struck out. 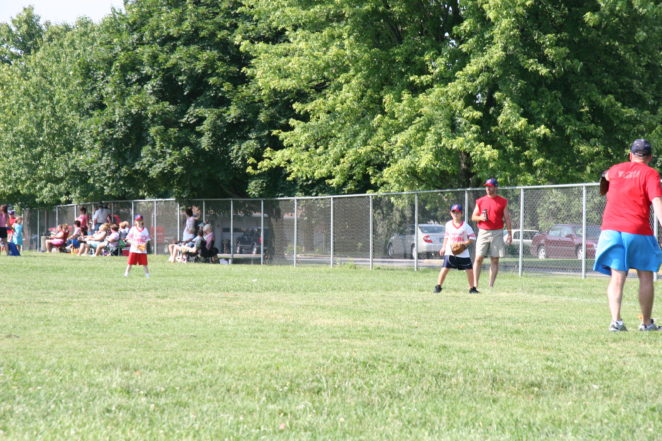