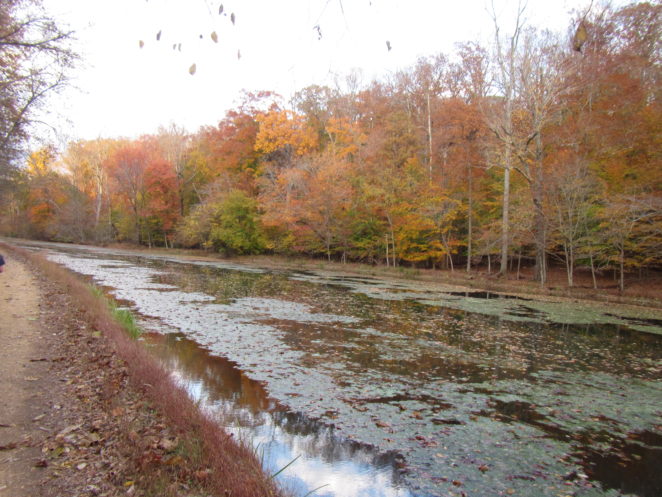 I enjoy the history of what was. Near where we live in Maryland, and stretching all the way down to Washington DC. It is known as the C&O Canal. Dug with hand tools the canal was built to increase commerce in our young nation, a water highway project long before the great interstates were built. The first consideration is that there were human beings that dug the canals. Down 6 to 10 feet into the rock, soil, and ground. Large outcroppings of rock had to be cut.

Then there was the river they were following. The Potomac is often a river you can navigate, and it is often a river that you cannot. The Great Falls of Virginia, which shows a section of the C&O that was both locks and a stepping down a hill process. The canal represented the best engineering of the time, which is frankly amazing, in that it is now more than 200 years later and many of the locks are still operational.

The C&O canal has a great restoration group that focuses on making sure the canal continues to be maintained, and where possible restored to the pristine nature of the canal at various times. They have restored lock houses to the Revolutionary War period, the Civil War period and one between the wars (or possibly War of 1812 period). All in all a peaceful place to walk and wander as you consider the effort required to build the Canal in the first place!