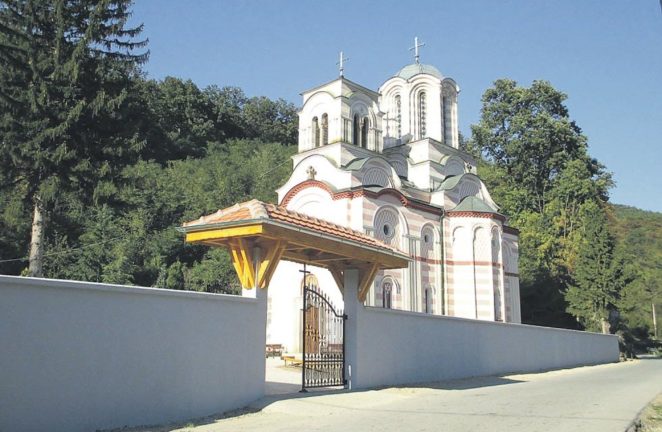 Tumane Monastery is located 9 kilometers from Golubac. It was sunday when we visited it.The number of visitors was huge. The buses visited the monastery in an organized manner.The reason is that the prayers of the monks, the water from the fountains and relics of St. Zoosim heal even the most serious diseases.We attended a joint prayer for health.Later, we went to a cave that was remodeled and where the Holy Monk Zoosim lived. We washed ourselves at the source and drank cold water.Some facts about the monastery itself.

It was built in 14th century, shortly before the Kosovo battle,and it was dedicated to the archangel Gabriel.

It was legat of Milos Obilic.

One day, legend says Serbian hero Milos Obilic was hunting.He was accidentally mortally wounded by a Zoosim monk.He took him to the herbalist to treat him. Zoosim asked him to leave him there. At that point, Milos Obilic built the Tumane Monastery in memory of the Zoosim monks.After that, Milos Obilic went to Kosovo.T#Health

he battle between Serbs and Turks, between Christians and Muslims took place on June 28, 1389.In this battle, Milos Obilic killed the Turkish Sultan Murat and this became the greatest hero the Serbian people remember.